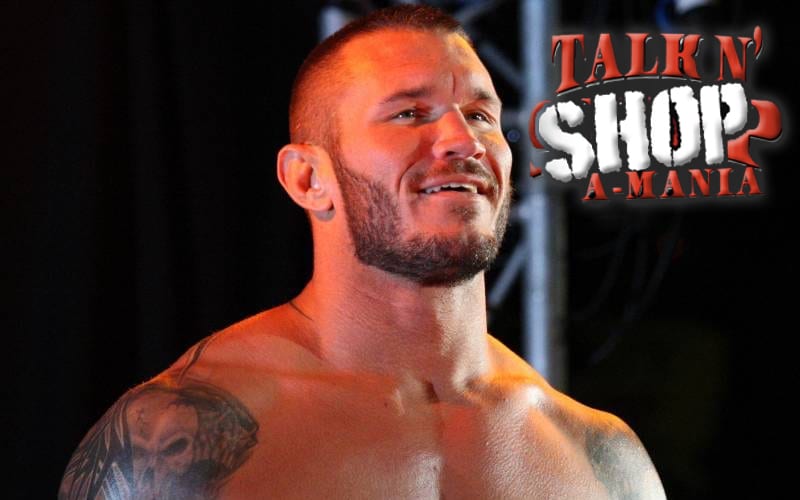 Randy Orton is aware of what’s going on within the pro wrestling scene. He heard about some “sh*tty rasslin” on pay-per-view tonight, and he’s intrigued by Talk ‘N Shop A Mania.

Talk ‘N Shop A Mania is produced by the Good Brothers and Rocky Romero. The pay-per-view will star plenty of names that wrestling fans remember likely doing insane and/or filthy things. It’s really unclear exactly what fans will see on Fite TV.

The Viper sent out a tweet asking fans for more information about this pay-per-view. He also stated his hopes that it fails miserably.

Heard there’s some shitty rasslin on PPV tonight. What’s this all about? I hope it fails miserably. #TalkNShopAMania

Randy Orton might have expressed his hopes that Talk ‘N Shop A Mania fails, but at least he used the appropriate hashtag. Randy Orton’s 6.1 million followers on Twitter might not all get the joke, but enough of them definitely did.

Heath Slater also responded to The Viper saying: “I know man… Heard it’s the @TalknShop #TalkinShopAMania #theworstppvever #TalkNShopAMania It’s going to be about as bad as diarrhea.”

On that note, we will have coverage of Talk ‘N Shop A Mania right here at Ringside News!