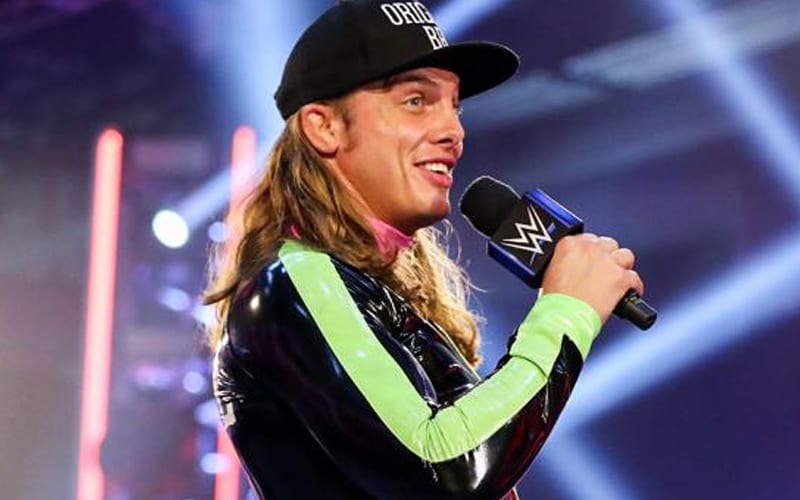 Matt Riddle is very sure that WWE isn’t going to ruin his character like so many fans fear. WWE is now using Riddle on SmackDown every week as he battles with King Corbin, and whoever will take Corbin’s King’s Ransom.

Matt Riddle wants big matches in WWE, especially with the likes of Brock Lesnar. He wouldn’t mind taking on Goldberg as well, but he promised not to publicly call them out anymore. Instead, he will continue and make himself valuable enough that they ask him for a match as he explained on After The Bell.

“I assured people in WWE that I won’t call these guys out anymore. But I still want them (in the ring). I am not going away and I’m going to make myself valuable to the point where the money is on the table for these big matches. Can you imagine Riddle versus Lesnar? Bro….”

Matt Riddle has a lot of big goals in WWE, but they are not impossible. His charisma and in-ring ability have already carved out a spot for him in the WWE Universe’s fan base.

He is winning more fans over every week with his shoeless segments. We’ll just have to see how long it takes for his name value warrant one of the huge matches he’s after.