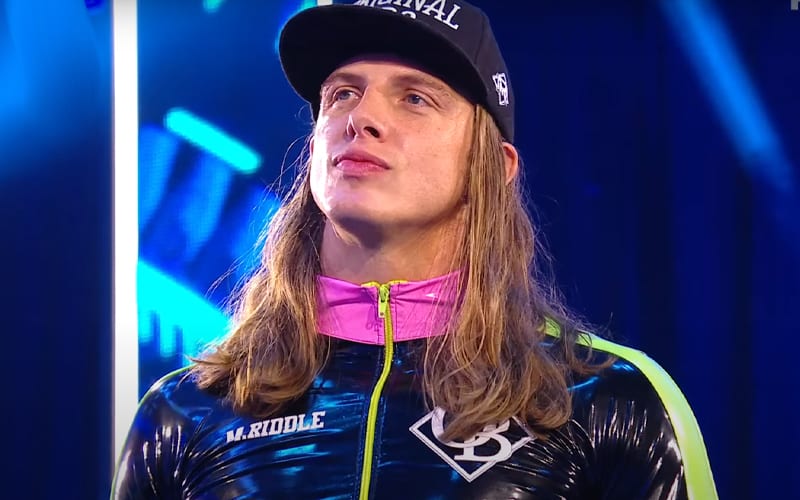 Many fans are concerned when one of their favorite NXT Superstars gets called up to the WWE main roster. This included Matt Riddle.

The Original Bro made a very impressive start to his SmackDown run by defeating AJ Styles in a non-title match. He is now waging war with King Corbin. This is not ruining him as some fans had feared as The King Of Bros addressed during After The Bell.

Riddle explained that WWE wouldn’t have called him up unless he was ready. There are a lot of trash talkers now and Riddle called this era of pro wrestling out for the amount of negative opinions floating around. He doesn’t seem worried about his chances of success on the main roster at all.

“My mind is always more work to do. I can always improve, it could always be better and so is AJ [Styles], that’s why he’s as good as he is because after our match, we’re already talking about how we can make anything better and even after the last match it’s the same thing. But for me, I was just really happy, because people, the amount of trash people talk and that’s just what it is. It’s our era, trash. People talk trash. But, the amount of people like, ‘Aw, why? Why would he be called up? They’re gonna ruin him.’ This, that and the other thing. Blah, blah, blah, blah, blah, blah, blah.'”

“I was just like, ‘You guys just don’t get it. Nobody’s gonna ruin me. I wouldn’t go up if you were gonna ruin me’ and I was like, ‘Hey’ — I don’t care about money. I don’t. I’ll live on the streets, I don’t care. It’s like, but I want certain things a certain way and I respect you, respect me. It’s just one of those things and I think honestly, people might say, ‘Oh that’s stupid. It’s always about the money.’ It’s like no. If you become a legend, the money comes. So it’s like, I’m not about money, I’m about my status. I’m about where we all are and I told ‘em, ‘We’re about making you money.’ I’m never gonna ask for more than I’m worth, but at the same time, I know what I’m worth and he knows that. I think that’s why everything’s been so good and things are only gonna get better.”

Matt Riddle will continue on the blue brand racking up points with fans with every shoeless match he competes in. We’ll have to see how long it takes him to snag his first title with the company, but the former NXT Tag Team Champion still has a lot to prove in WWE.

If you ask Matt Riddle, things are only going to get better for him from this point on.