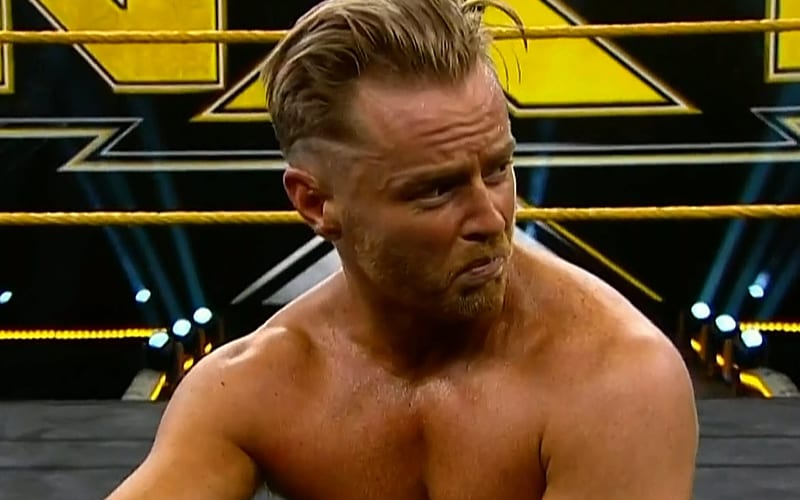 WWE is full of people who don’t want to show any weaknesses. Some of that old-school mentality remains, but everyone is passionate about the pro wrestling business. Drake Maverick made that very clear when he dropped an emotional video following his release.

Gorilla Position podcast recently spoke to Drake Maverick about his return to WWE following his release. He didn’t come back to the main roster, but he was offered an NXT contract. He gladly signed that deal so he can keep doing what he loves to do.

Maverick did express a bit of trepidation about returning to NXT. He was nervous that others would give him grief for the passionate video he cut following his WWE release. He was also asked about survivor’s remorse and whether it played a factor.

“And that’s what it was [survivor’s remorse] because there were some days, it really wasn’t fun being me, and that’s not, ‘Oh please feel sorry for me.’ There’s people going through way worse in the world. There was some days where it was a lot, and the worst day from the NXT thing was the first day when I had to go and wrestle Jake Atlas because I was so scared everybody was just gonna look at me funny… or make me feel embarrassed that I shed a tear about something I deeply care about you know, and that’s about being a man and that’s my issue with being a man. I work for a company that’s full of alpha males so I have to be one too, and that’s not me as a human being.”

“So it was just, I’m just gonna be me and if I walk into work and everybody thinks that’s embarrassing and they’re embarrassed for me, then fine. But that was the one day I was overthinking everything, so much, and it was just because of… I had two weeks of just listening to other people’s opinions without knowing facts if that makes sense. So that was the worst day for me, going in that first day.”

Drake Maverick lost the match to Jake Atlas, but he would mount a comeback in that tournament. It was pretty clear after a week or so that WWE was telling a story with Drake Maverick. It was unclear if they intended on giving him a job in return.

Maverick gave it his all, but he was unable to capture the NXT Cruiserweight Title. This story does have a happy ending as Triple H came out to present him with a contract as Drake Maverick got to the entrance ramp.