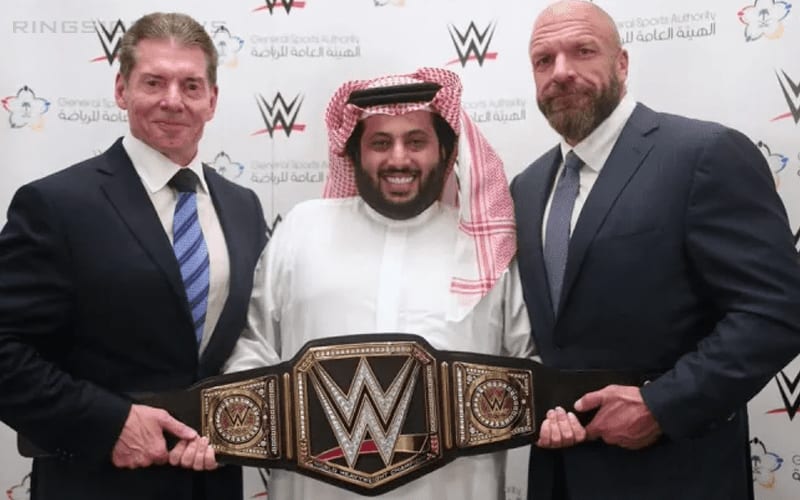 WWE and Saudi Arabia inked a 10-year deal and they are not even to the middle of that contract yet. The coronavirus spread throughout the entire world and Saudi Arabia is not immune. The United States certainly isn’t immune to the highly contagious virus either.

Vince McMahon fielded several hard to answer questions during WWE’s second quarter investors’ call. He made a point to say that WWE will innovate their programming with better storylines and new exciting characters in the process.

McMahon was asked about Saudi Arabia and whether WWE will return to the country this year. His answer was short, but not too hopeful.

“The decision has not been made yet, but based on where they are in their economy I would doubt it.”

Saudi Arabia and WWE plan to tack on any missed dates to the end of their contract. This likely means that WWE and Saudi Arabia’s agreement will stretch into an 11th year. It remains to be seen when they will be able to return.

There are currently 2,194,279 active cases of COVID-19 in the United States. Saudi Arabia has 40,179 documented active cases. It would be no surprise if Saudi Arabia simply doesn’t want a plane full of Americans touching down in the current pandemic climate as well.