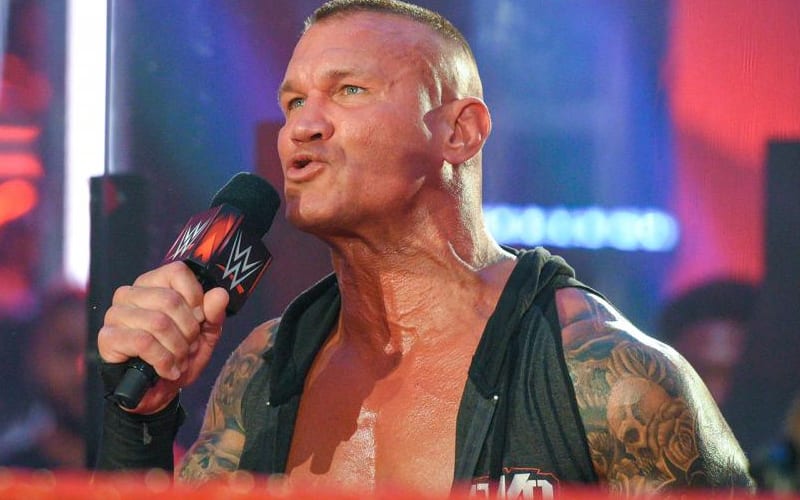 Randy Orton’s in-ring skills are second to none and have always garnered him a lot of praise from fans and peers alike. However, in recent years, the Apex Predator’s work on the microphone have kept the fans wanting for more.

Orton recently spoke to Sports Illustrated about a number of wrestling-related topics. The former WWE Champion revealed that promos were never his thing earlier in his career.

Orton said that he looked at promos as something he had to get through so that he could deliver impressive performances in the ring. It also took Orton quite some time to realize that the promo is an important asset that helps a wrestler tell the rest of the story.

The Viper said that he will continue to work on his promos because he missed out on a number of things earlier in his career, a wrong he wishes to right.

“I’ve changed a lot. In ’09, I had that good run with Triple H, and earlier in my career as ‘The Legend Killer,’ I was still feeling it out. My answer to everything was to have a very intense look on my face. Clench my jaw, and put it all in the look. I was never a promo guy. The past year, maybe two, I’ve looked at promos completely differently.”

“A promo earlier in my career was something I had to get through so I could have that chance to kill it in the ring. I wish it didn’t take so long for me to figure out, but the promo, that’s where we tell the rest of the story. I look forward to continuing to concentrate on my promos. There was a lot there I was missing earlier in my career, and I don’t want to miss out on it anymore.”

Orton’s promo work during his program with Edge was nothing short of phenomenal. He also had a great back and forth with AJ Styles during their feud from last year and it will be interesting to see what he brings to the table in his feud against Drew McIntyre.