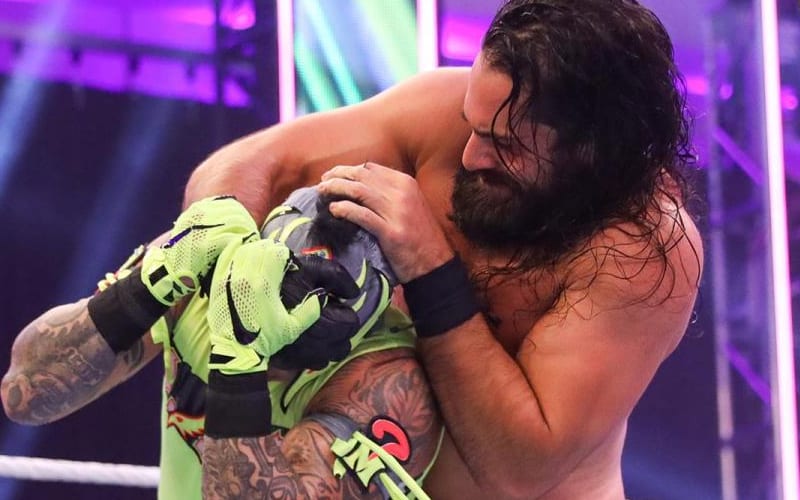 Seth Rollins and Rey Mysterio battled in an Eye For An Eye match during The Horror Show at Extreme Rules. This was a brutal match with only one advertised outcome: someone must lose an eye.

Plenty of fans dragged the match, especially the finish without reported CGI effects. Seth Rollins stood by his match as he spoke with TalkSport.

The Monday Night Messiah said that the match wasn’t idea, but they sure made TMZ. They accomplished what they set out to achieve with the match. It got a ton of attention and they also presented a new idea to the pro wrestling landscape apart from a traditional hold-for-hold match.

“At the end of the day, was it ideal? No. Did it catch people’s attention? Sure. It ended up on TMZ.”

“I think we sort of accomplished what wrestling wants to accomplish and that is we told a very interesting story and there was some outside interest in the finish even though it was very weird – and that’s OK.”

“I think pro wrestling can just be one-on-one, hold-for-hold wrestling or it can be storytelling like any other form of television and I think that when you start to look at it too critically, especially stuff like that… I dunno, to me it reeks of 2020 trying to pick everything apart.”

“If you like the Lake of Reincarnation in AEW but you hate the eye-for-an-eye match… you know what I mean? Then where are we really at here?”

It will be a very long time before WWE tries another Eye For An Eye match. They might never do it again. The match might have been a one-off, but it was something that fans won’t soon forget.

This match was also a devise used to write Rey Mysterio off television while the company tries to figure out a new contract. That process is still ongoing.