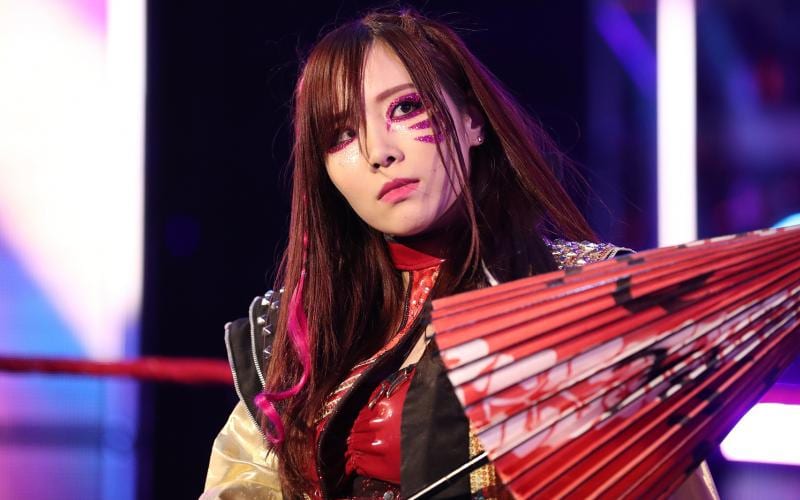 WWE bid farewell to Kairi Sane this week after RAW. This was a big moment for her career, but the company apparently isn’t worried that she’ll end up in AEW.

Since Kairi Sane’s exit was within sight the company has tried to keep her on their payroll. She’s going back to Japan now and will remain a part of WWE’s extended family.

Fightful reports that the company is not worried about her going to any other company in America. She might go to Japan and wrestle, but there doesn’t seem to be any worry she’ll join Tony Khan’s operation.

In another update on Kairi Sane, we’re told that even though rumors of her departure have been swirling for months, this was the original end date for her. As mentioned, WWE wanted to keep her on board in some capacity, but Kairi let it be known months ago that she wanted to return to Japan to be with her husband. We’re told there were no concerns of her wrestling elsewhere in America, but that there were big pushes to have her involved from a coaching or teaching aspect in Japan.

AEW has a lot of talented wrestlers, and they picked some from Japan as well. They are certainly aware of Kairi Sane’s incredible abilities. It probably isn’t a good idea to hold your breath about the Pirate Princess’ voyage after WWE taking her AEW.