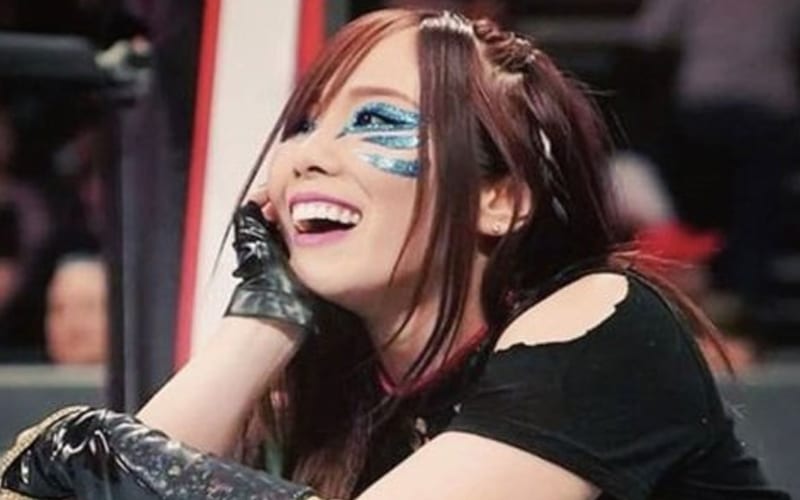 Kairi Sane’s WWE contract was up, and this week’s television taping was supposed to be her final date. WWE would love to keep that from happening.

Sane was planning to go back to Japan. Prior to the pandemic there were reportedly discussions to make her an ambassador for the company. She could be leaving, but she will remain a part of WWE’s “extended family.”

According to Fightful, WWE is trying hard to keep Kairi Sane around, and away from other companies. She was also a part of both episodes that the company taped on Monday, so she’ll be on television next week as well.

Kairi is set for next Monday’s Raw as well, but weren’t told in what capacity. Both episodes have since been filmed. WWE has made a big effort to retain Kairi, and pitched several ideas to keep her on the payroll, and more specifically, away from other companies. Many of these ideas included her returning to Japan to work in a variety of capacities from an ambassador to a trainer.

Kairi Sane was scripted to get demolished by whomever will face Asuka at SummerSlam. Since Asuka is wrestling Sasha Banks next week on RAW that adds an extra dynamic. We’ll have to see how WWE pans things out.