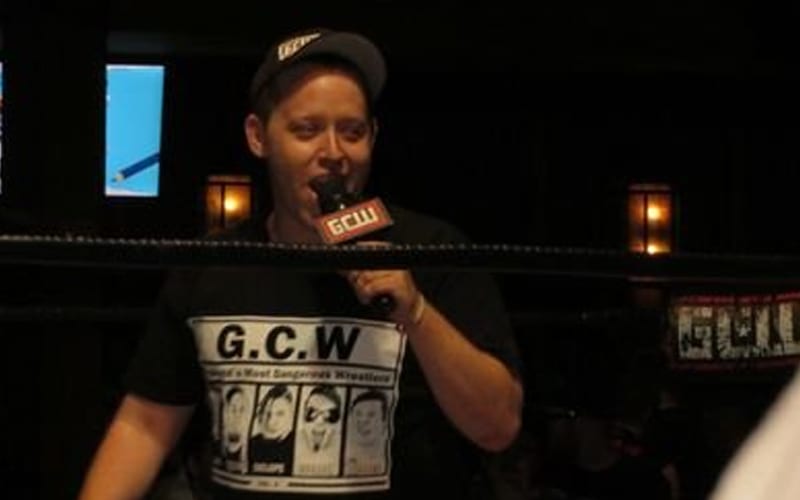 Update: Brett Lauderdale has denied all allegations, and he is seeking legal council.

Original: GCW owner Brett Lauderdale was recently called out in a big way. A story from Maven Bentley tells of inappropriate behavior and is seemingly backed up by audio with very concerning language.

During Brotherly Love Wrestling, Maven Bentley told a story about GCW owner Brett Lauderdale. He claimed that Lauderdale told him that he hoped his mother died while using a racial slur.

“There’s only two people in wrestling that I almost had a shoot fight with and one of them said: ‘F*ck you n*gger I hope your mom dies.’ My mom was dying at the time.”

Maven confirmed that his mother died the next day, and then he called out “Brett Lauderdale of GCW.” He followed that by saying “sue me I’ve got witnesses.”

A music video that was uploaded to Larry Legend’s YouTube channel in January also features what is said to be Lauderdale using many offensive terms in what technically qualifies as a rap song.

He also used the N-Word again in reference to an “old busted p*ssy.” This rap was full of slurs and offensive language. It also isn’t the highest quality track in existence.

You can hear the track below, but we must warn you that this is for mature audiences only.

As of this writing neither Game Changer Wrestling not Brett Lauderdale have not responded to this song or Maven Bentley’s accusation.