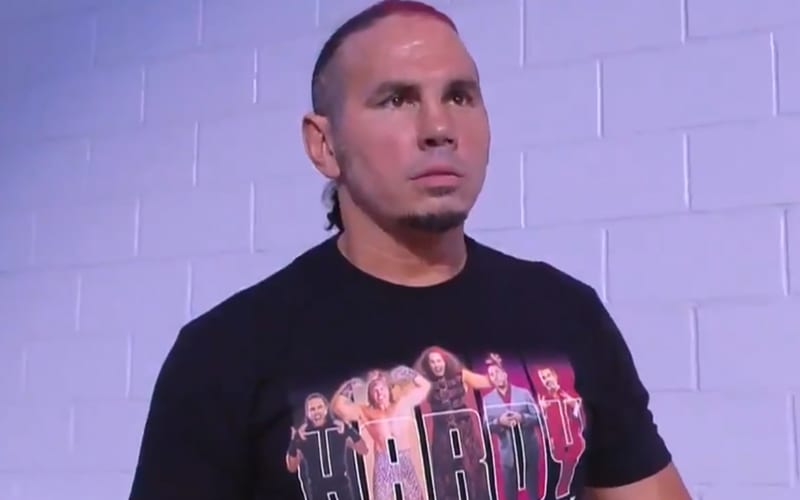 Matt Hardy hasn’t been seen on Dynamite for a few weeks. He was engaged in a rivalry with Sammy Guevara, then the Spanish God was suspended. Guevara came back last week, and this week Hardy followed.

Matt Hardy showed up this week to interrupt Sammy Guevara just as he was about to clinch a victory for the Inner Circle in the big 10-man tag team match. This helped the Best Friends and Friends to win.

Hardy released a video last week where he proposed that he should drop all of his gimmicks. He suggested that a real version of himself be presented instead. This appears to be what they were going for.

Matt Hardy was not Broken. He was wearing one of his own PW Tees shirts. Only time will tell what happens with Hardy’s gimmick, but he’s aiming for Sammy Guevara.