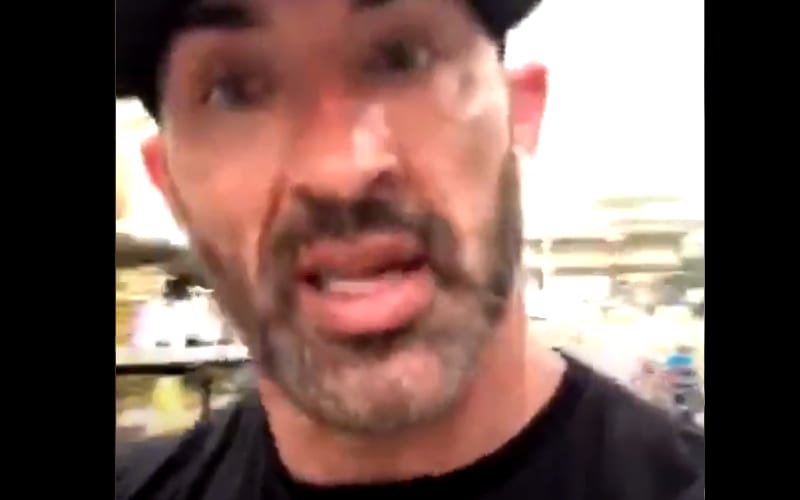 America is going through a real issue with COVID-19 right now. There are also a lot of people who think that not wearing a mask is the way to go about things. Tyler Reks is one of them and he recently made a very public declaration.

The former WWE Superstar was in Texas where he challenged everyone to go to their local stores without a mask on. He also told them that they should document the event.

He uploaded a video of himself in a store without a mask on. He stated that they asked him at the front door if he wanted a mask. He said no, and they didn’t say anything to him. He informed his social media followers about this and said “don’t be sheep.”

He then said that he’s not going to make anyone feel bad about wearing a mask. He followed that up by challenging all of his followers to do what he did: go to their local store maskless and record a video.

This video received a lot of attention, and not for the best reasons. Some fans are calling out Tyler Reks for being a “Karen” and a bad role model. He does have some supporters, but it’s a mixed reaction to say the least. You can check out the footage below.