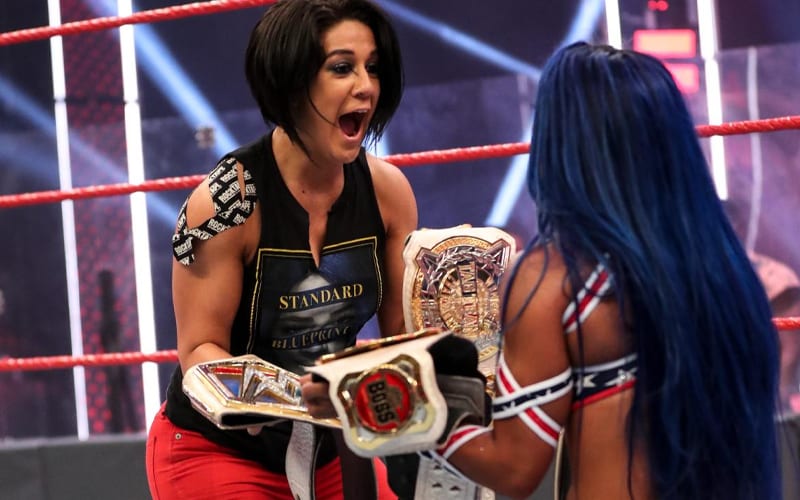 Sasha Banks made history this week on RAW. She became the RAW Women’s Champion as a Women’s Tag Team Champion. Her partner Bayley is also a champion on SmackDown. This put the Golden Role Models in very rare company.

WWE Stats informed fans that Bayley and Sasha Banks are now the 5th duo in WWE history to hold singles titles while being Tag Team Champions. Every other person who held that accomplishment is a legend in pro wrestling.

Those other teams who have done the same as the Golden Role Models are: Triple H and Steve Austin, Kevin Nash and Shawn Michaels, Owen Hart and British Bulldog, and Ken Shamrock and Big Bossman.

Banks and Bayley are the 5th team to hold this accomplishment, but they are the first female team to do so as well. True, the Women’s Tag Team Titles haven’t been around for nearly as long. It is still an amazing accolade that the Golden Role Models will be glad to boast about the first time they have an opportunity to do so.