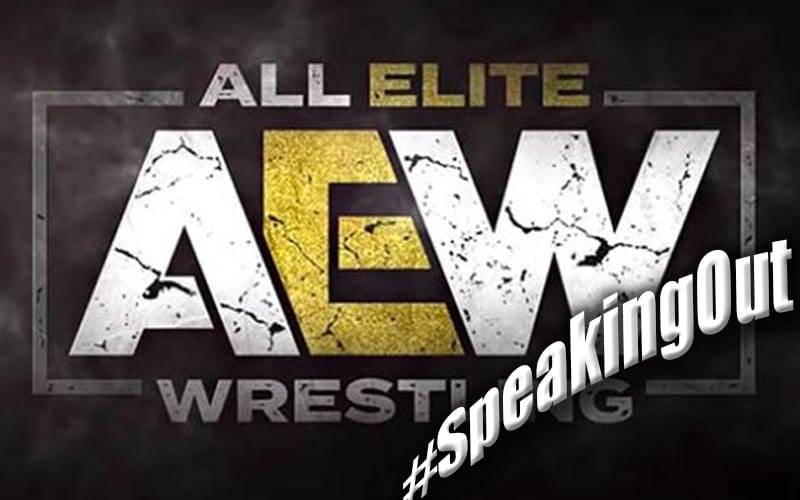 The #SpeakingOut movement called attention to two separate AEW stars for totally different reasons. The company acted in each situation, but only Sammy Guevara has returned thus far.

Brandi Rhodes is AEW’s Chief Brand Officer, and the company had never experiences a scandal like that before. This new territory for AEW needed to be approached carefully and they had all hands on deck in this situation.

While speaking to Christy Reports, Brandi Rhodes discussed the #SpeakingOut movement and AEW’s response. They had people involved from all over the company to make sure that appropriate action was made.

“That was kind of a first run for us, in a scenario like that,” Rhodes said. “So a lot of people had hands on deck for that. There was a lot of very open-minded discussion on how we should handle things. A lot of the legal department had hands in helping with that, and a big part of the PR department. We’re lucky to be working with some people who are vets in the industry for twenty, thirty years, so they’re able to weigh in opinions. It was interesting to navigate as a first real, ‘This is a big situation, it’s greater than us. How do we look at this?’ I think we handled it very well, considering the circumstances, and it’s hopefully something people have learned a lot from.”

Jimmy Havoc was suspended from AEW and his status with the company will be addressed following completion of rehab. Sammy Guevara took part in intensive sensitivity training which he has now completed.

Tony Khan opened up about Guevara’s sensitivity training and the decision to bring him back. The company has yet to address Jimmy Havoc’s status who was accused of much heavier wrongdoings.