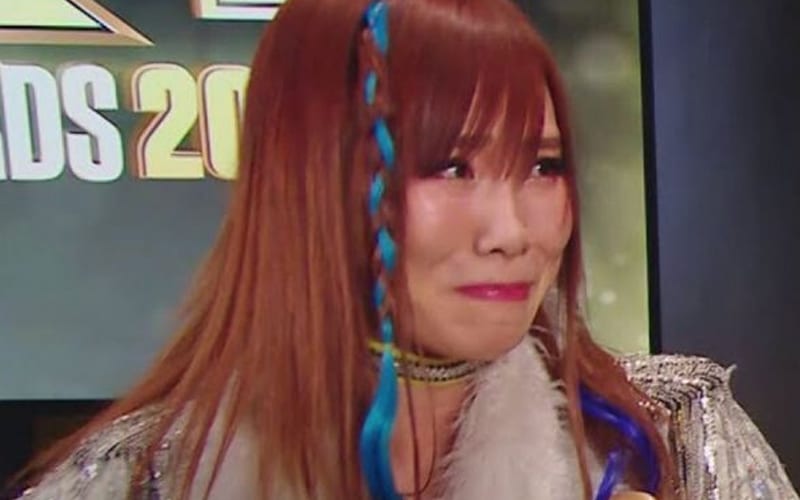 WWE is losing Kairi Sane as tonight was her final night with the company. She will be missed, but now she is moving on to a new chapter in her life.

Sane addressed the WWE Universe in a tweet during Raw. She stated that her time in WWE and NXT was incredible and every day was full of happiness.

Sane said she loved and respected the professionals she had the pleasure of working with in WWE. Now she is moving on, but she will obviously remain a part of WWE’s extended family.

My time in the NXT & WWE locker rooms was incredible. Everyone was kind, funny, & talented, so every day was full of happiness. Also, I was saved by the supportive staff behind the scenes. I will forever love & respect all these professionals I had the pleasure of working with.

WWE wrote Kairi Sane off television as Bayley jumped her backstage. That distraction caused Asuka to lose the Raw Women’s Title to Sasha Banks. Later on, they showed Asuka as she walked out of the trainer’s room and she was furious. That seems to be the end of Kairi Sane’s story in WWE for now.

We will have to see if Kairi Sane makes it back to WWE. For now she seems to have made her final appearance for the company.