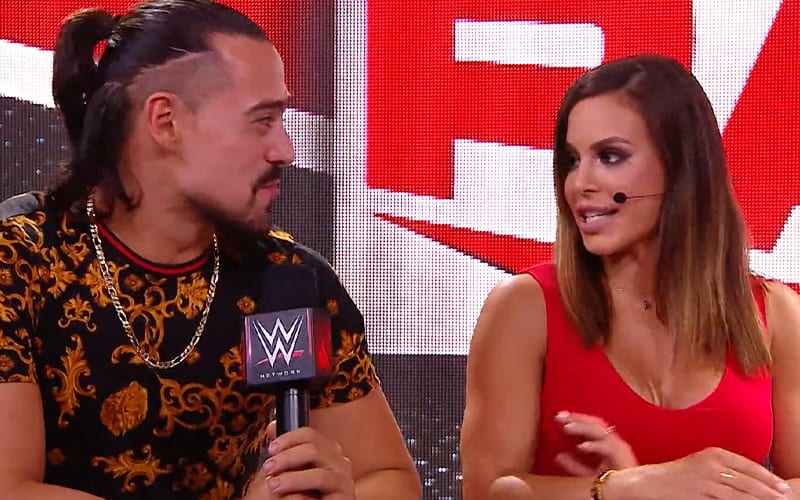 Charly Caruso have flirted on WWE television and it seems that there is something going on beyond the camera.

Charly Caruso welcomed Angel Garza, Andrade, and Zelina Vega on Raw Talk this week. Garza took a seat on the other side next to Charly. The interview got a bit chaotic as Zelina Vega and Caruso threw each other shade. Then Caruso and Garza’s obvious attraction was called out.

Charly and Garza thew out several flirtatious remarks with each other. She stated that she didn’t want to talk about it and then mentioned that this felt like Jada Smith’s Red Table Talk. Vega then asked Caruso if she in “an entanglement” with Garza.

It should be noted that Angel Garza got married in real life last week. Also, Caruso has already said she would gladly wrestle Garza in a shark cage match.