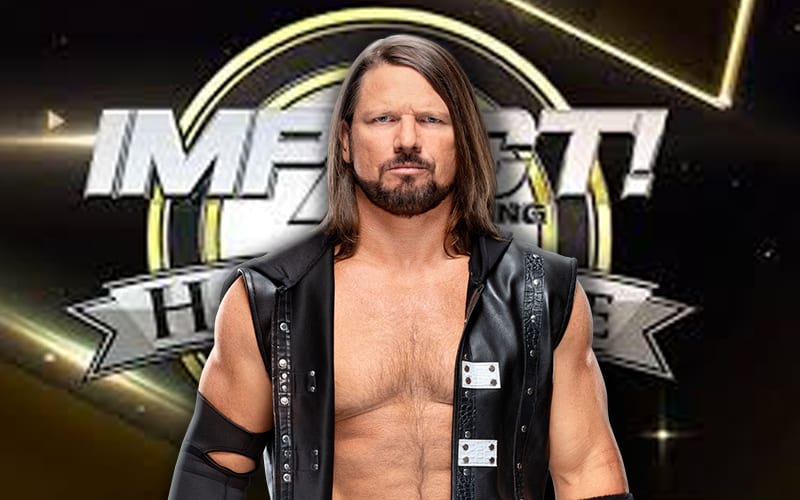 AJ Styles seems to be a shoo-in for the WWE Hall Of Fame. He hasn’t been with the company for very long in comparison to other Hall Of Famers. Still, his contributions to WWE are undeniable. Another company owes him a lot more, but he had to turn down an induction for their Hall Of Fame.

Styles was recently asked about a possible Impact Wrestling Hall Of Fame induction while he was on Twitch. He then revealed that a spot in their HOF was already offered to him, but he turned it down.

He was with ROH and NJPW at the time. The Phenomenal One explained that he didn’t think it would be right to appear for Impact Wrestling while under contract with another company.

AJ Styles signed a new WWE contract last year. It’s likely that WWE won’t let him go for a long time. Even after his retirement, AJ Styles has already expressed interest in working in the pro wrestling business. WWE might be able to find a spot for him as a recruiter.

We’ll have to see if AJ Styles ever ends up in the Impact Wrestling Hall Of Fame. He certainly seems destined to have his name immortalized in WWE’s Hall Of Fame when the time comes.