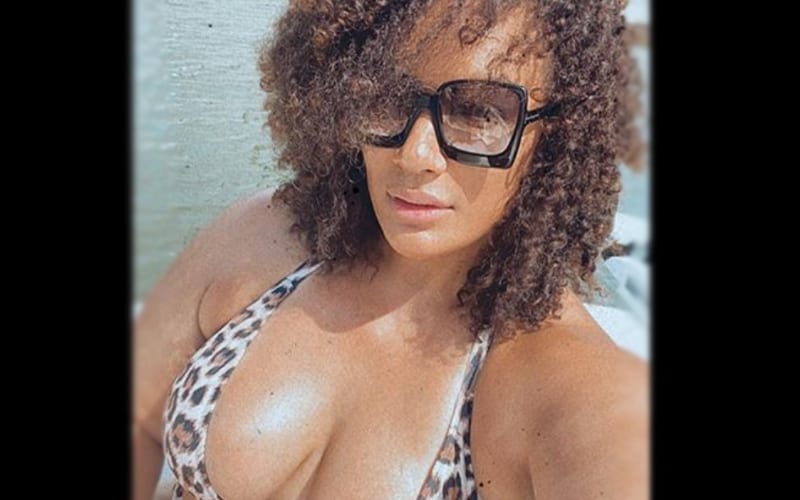 Nia Jax has been off WWE television for a few weeks. She’s still active on social media and the Irresistible Force recently uploaded a new photo to get plenty of attention.

The former champion revealed a new bikini photo while she enjoyed some time near the ocean. We’re not sure what she was up to, but Nia Jax seems to be doing well.

Nia Jax’s only caption was: “Pebbles.” This made reference to the pattern of her bikini and how it resembled something that Fred Flintstone’s daughter wore on the classic Hanna Barbera series.

The last time we saw Nia Jax she was injuring Charlotte Flair in a backstage angle. Flair will be out of action for a while, but she promised that Nia Jax will get a receipt for her actions.

Nia Jax might be off television right now, but she’s obviously still doing just fine. She’ll be back but she’s enjoying this time off.