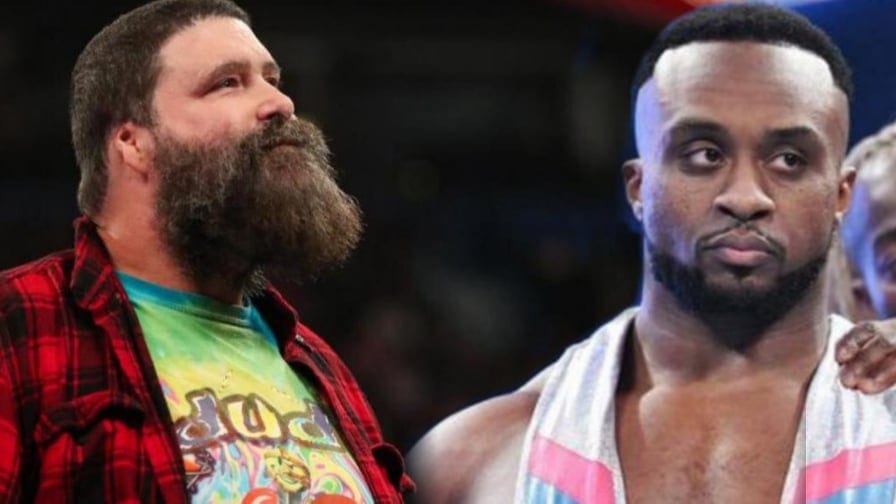 During Friday Night SmackDown, an injured Kofi Kingston encouraged Big E to show the world what he can do on his own. Fans rallied for Big E to receive a singles run for a very long time and it looks like it’s finally happening.

WWE Hall of Famer Mick Foley took to his Twitter to talk about this new exciting opportunity that Big E received in the company.

Foley said in a video clip that amidst the drop in ratings and empty arena shows, the company needs to make a bold statement and give opportunities to talented people who’ve been with the company all along. This was Paul Heyman’s idea as well.

The Hardcore Legend said that success will come when a person has the willingness to hop out of their comfort zones and shift gears a bit. He said that for years, Big E has been with the New Day and has been in a “successfully holding pattern”.

He said that although Big E is funny and charismatic, he needs to introduce a little anger to his personality to make people realize how powerful he truly is. Foley went on to say that if Big E taps into that next level, he can be one of the greatest WWE Superstars of all time.

I’ve been thinking about this upcoming singles run he is going to have, and I really believe that WWE is in unprecedented times. Ratings have been dropping, and it’s time to make a bold statement and go with a couple of really talented guys—people who we’ve had all along. So, when it comes to being successful and being at that next level, it’s really about having the ability and the willingness to shift gears and get out of your comfort zone, just a little bit. The way I see it, Big E has been in this very enjoyable, really successfully holding pattern for a few years. New Day is one of the great acts in WWE history.

They will always be looked on that way, and I believe if Big E can shift into high gear, and really put the foot down on the accelerator and remind people to look the way he does that you don’t get to be one of the most powerful men the sport has ever known through good humor alone, and charisma. This is a guy who worked his butt off, and I believe that he can show a different side of himself, a little bit more seriousness, a little bit more anger when the situation calls for it, that he would go down in history as one of the great WWE Superstars and I hope that it happens. It’s all about stepping your foot on the accelerator and I believe he can do it.

You can watch the video of Foley’s thoughts about Big E’s upcoming singles push here: