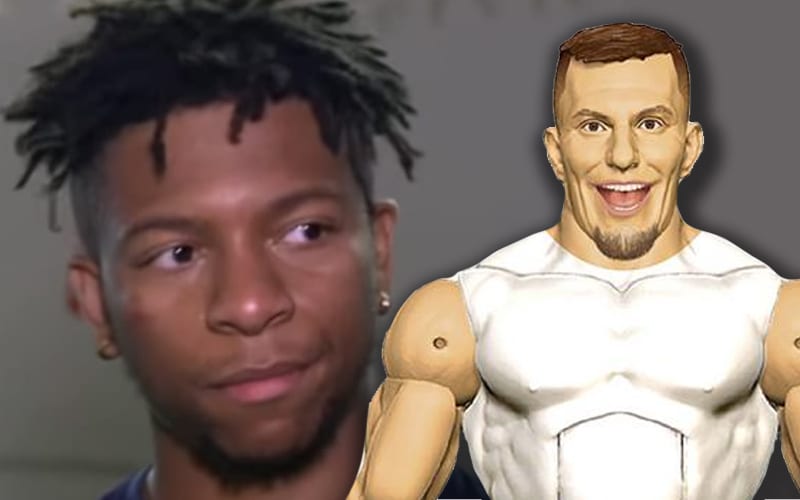 Rob Gronkowski is getting his own WWE Mattel action figure. That is pretty impressive considering how he only made a handful of appearances for the company while under contract.

Lio Rush commented on a post advertising the new Rob Gronkowski figure. He said in the comment: “3 years with the company and not one toy.”

When Rush was called out for this comment on Twitter, he claimed to have no idea who the figure even was. He just wanted to make a point that he never got an action figure.

If I’m being completely honest, I didn’t even know who this was when I commented. How could you? White pants, black pants, white shoes. Could have been an alternative ref attire. I stated nothing about gronk. Simply stated facts.

There was a story about Gronk having heat in WWE. It wasn’t anything Gronk did, but more because of how WWE treated him better than anyone else. The phrase treated like a Saudi Prince” was used to us in our exclusive report on the matter. It’s no real shocker that he got an action figure.

Lio Rush might have left his WWE days behind him. He’s obviously still a bit miffed about how certain things went down. He didn’t even get an action figure out of the deal.