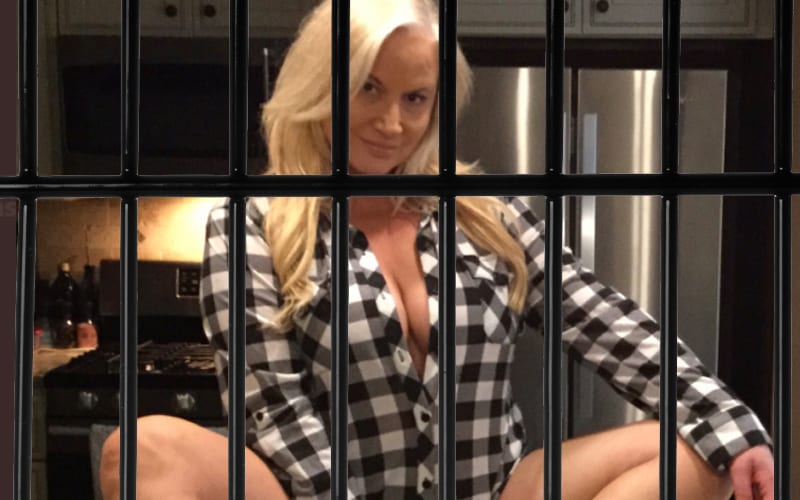 Sunny got out of jail the last time and she jumped right back on OnlyFans. She hustled and created quite a following amassing over 2,000 fans who paid between $22-$30 a month for access to her NSFW content.

As of this writing, Sunny’s OnlyFans subscribers have dropped down to 799. That is quite a drop which means her six-figure a month salary is not what it used to be. She is still pulling her in far more money than she would normally be making while incarcerated.

Tammy Lynn Sytch was last seen on the site on July 13th according to her homepage. That might have a lot to do with her drop in subscribers. The report that her probation was revoked and she’s likely going to jail for a while also probably encouraged her only fans to cancel their OnlyFans.

May 17th, Sunny tweeted out: “I don’t have over 2,200 members putting me in the TOP 0.08% for nothing!!!!! Come see what the fuss is all about!! #MakeAmericaSunnyAgain #WhatSunnyWantsSunnyGets.” Those days didn’t last long for the WWE Hall Of Famer.

Her fans also might have jumped ship following her racist tweets during the Black Lives Matter protests. Either way, Tammy Lynn Sytch’s bank account is not going to be as full as she expected.

Some fans also took to posting all of her content on other websites. We won’t be posting those photos and videos here, but they’re out there for free if you really want to find them.