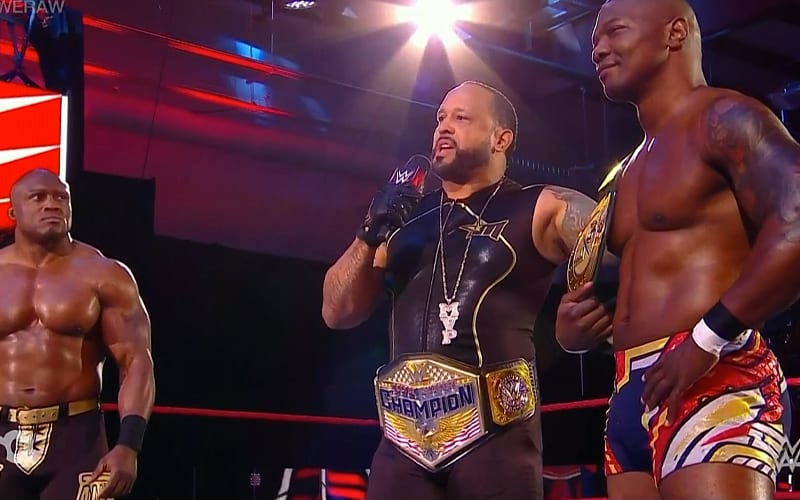 WWE changed a ton of their plans around yesterday, and one idea wasn’t fully executed during RAW this week, but there was a strong hint.

Ron Simmons was on RAW this week and he had interactions with MVP and Bobby Lashley. According to Dave Meltzer on Wrestling Observer Radio (transcription by Ringside News) WWE had plans for a revamped Nation Of Domination stable.

“So there is an idea — I don’t know if if was dropped. Originally it was going to be on the show for a revamping of the Nation Of Domination and Ron Simmons was supposed to be part of that angle, but they dropped that angle for this show. They may be building to it later, they may have dropped it completely. They brought him in for that angle so that’s why he was on television.”

The Hurt Business didn’t put it all together during this week’s show, but there’s always next week for those plans to be realized. WWE has a lot of names they can use that will bring back tons of nostalgia, and the Nation Of Domination could get some fans interested in what they’re going to do with that concept in 2020.

Do you think WWE should revamp the Nation Of Domination stable? Sound off in the comments below!