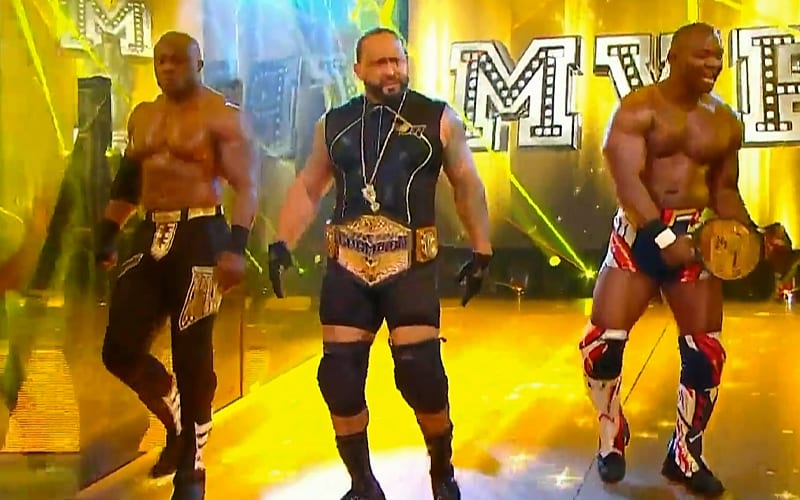 MVP is looking for new members to his stable, and he picked up a veteran performer this week. He’s been trying to bring Shelton Benjamin into his stable for a while, but this week they finally made it official.

Bobby Lashley and MVP approached R-Truth backstage during Raw. They appeared to intimidate him, and they had a referee. It appeared that they were going for Truth’s WWE 24/7 Title.

After winning the WWE 24/7 Title, Shelton Benjamin walked off with MVP and Lashley to celebrate adding a member to the stable.