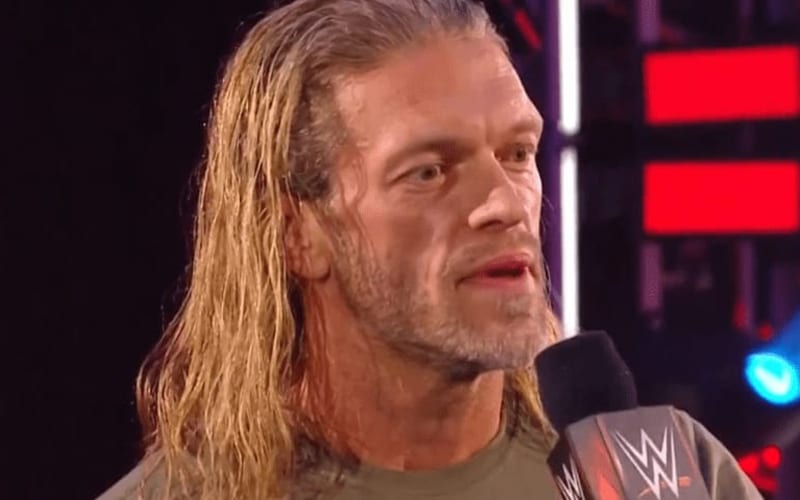 Edge wants to face Finn Balor, and he’s not above going to NXT to get that match. He’s also not against joining the Robert Stone Brand to make it happen.

We previously reported that Robert Stone sent an offer to The Rock to collaborate. He also sent an invitation to Steve Austin and Edge. The Rated R Superstar replied and he didn’t totally reject Stone’s proposal.

Edge stated that he’ll collaborate with Robert Stone IF he can get him a match against Finn Balor at an NXT TakeOver event. This seems doable, but his additional demands are a little off the wall.

Ok @RobertStoneWWE my man! Let’s collab. Get me a match vs @FinnBalor at Takeover, I only want fuschia m&m’s(they don’t make those, so figure it out), ideas on someone to help me cosplay the pic below, crushed velvet furniture on my bus, oh yeah a bus(everyone has em now) etc etc

We’ll have to see if Edge and Robert Stone can make something work. The former Robbie E might need to get to work on Edge’s demands first.

Edge is currently out of action with an injury. He will be back and has several matches left in his current contract. Perhaps a contest against Finn Balor isn’t out of the question, but Robert Stone likely won’t have much to do with making it happen.