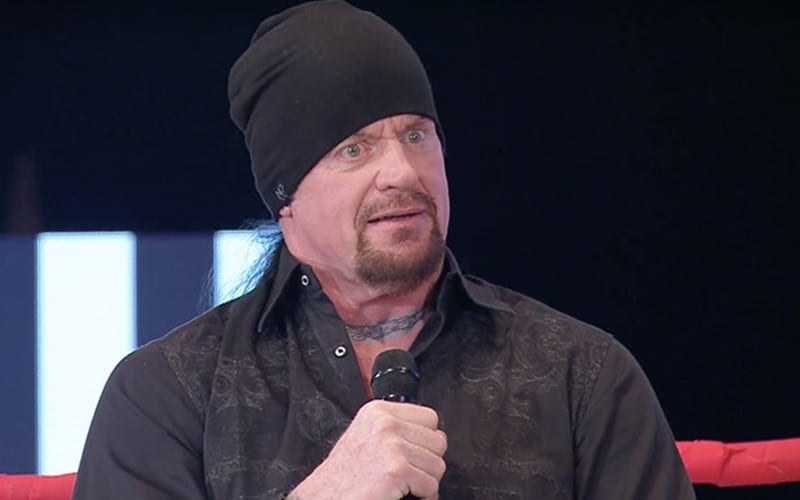 The Undertaker was a great friend to have on the road. His partying was a part of his legend as he previously told a story about smoking out Cypress Hill. During the bonus episode of the Last Ride docuseries he told a very entertaining story about brawling over a hat.

Taker and Godfather were good friends and often drank together. One occasion saw them drinking whiskey as the Godfather tried on a new hat that he just bought. The Undertaker liked the hat and said it looked good on Godfather, then Godfather wanted to give that hat to the Deadman.

The Undertaker wouldn’t accept the hat as a gift which started a brawl that ended up costing that hotel a bathroom door.

“Rumor has it that The Godfather and I were known to put away large amounts of whiskey. Let me just put this disclaimer out that this was a long, long time ago and so we invited a bunch of people back to our hotel room.”

“So there’s probably 15 people in the room and now we’re hanging out and still drinking. [The Godfather] has this really cool Stetson Riverboat Gambler hat. I was like, ‘man, that’s a really cool hat.’ He’s, like, looking at himself in the mirror, like, you like that? Man, I just got that.’ I said, ‘yeah, that’s sharp, man.’ I said, ‘I’m going to find one like that.’ Through the course of the night, he comes over to me, he goes, ‘here,’ he gives me the hat, right? ‘No, you’re taking the hat. I’m giving it to you. You have to take it.’ I’m like, ‘no, it’s your hat. It’s a cool hat. It looks good on you. Thanks, but no thanks’ kind of a deal. ‘Are you going to take the hat?’ ‘No, I’m not taking your hat!’ So I’m there [in the bathroom] doing my business, and all-of-a-sudden, it’s like, [crashing noise] and I’m like, ‘what in the world?’ I turn around and he’s hitting the [bathroom] door. The door’s not breaking, [but] the door frame is coming at me. Then, he’s standing there, like, ‘you’re taking the damn hat!'”

“So I take the door and I put my head through it. I take the door off my head, I go out on the balcony, sling this door [throwing sounds]. I’m looking back at everybody like, ‘pftt.. I showed him, right?’ I turn back around and that joker’s in a three-point stance. He heard ‘hut’ and he blasts me and lands on top of me between the two beds. We were like two big, giant kids, right? He says, ‘no, you’re going to take the hat!’ I’m like, ‘no, I’m not taking the hat!’ But he won’t let me up either and I can’t get out, so I finally was like, ‘okay, I’ll take the hat.’ ‘That’s all you had to say.’ I got up. We found the hat. It had been stepped on already. I put the hat on. ‘Thank you. Thank you for the hat.’ It sounds ridiculous, I know, but you had to be there.”

The Godfather also helped tell that story as part of the documentary episode. He chimed in after Taker was done and reminded fans that The Undertaker took the hat, so he won the fight.

There are plenty more stories about the Undertaker left to be told. At the end of the episode, the narrator implied that there could be more to come with unheard stories. WWE taped the Last Ride series for years so it’s very likely they have a lot more material that they can use at a later day.