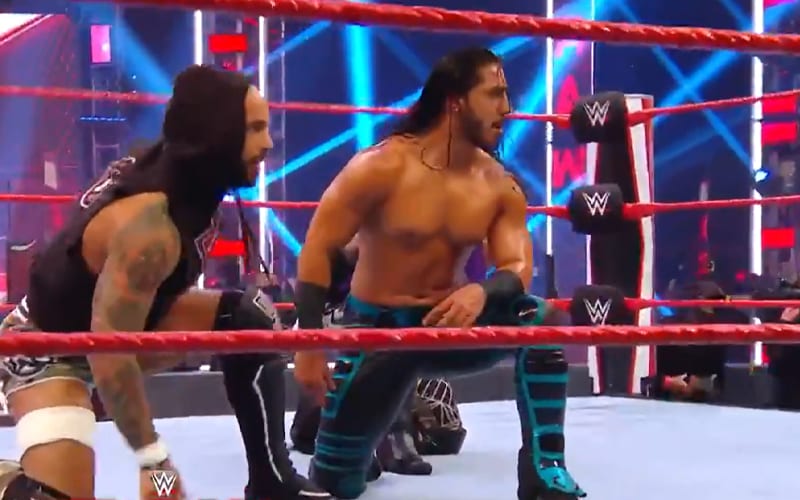 Mustafa Ali wanted off SmackDown so they moved him to Raw. This is a big surprise if you didn’t see that Ringside News exclusively reported this morning that he would be on the show.

Ali came out to join Ricochet and Cedric Alexander as they confronted the Hurt Business. MVP’s stable grew by one member this week as Shelton Benjamin joined their ranks.

Ricochet gave Mustafa Ali a great intro as a returning Superstar. Apollo Crews is out of action due to COVID-19 related issues. Mustafa Ali was used to fill in for him this week on Raw.

Ali was slated to be the SmackDown Hacker. Click here to read our exclusive about what really happened in that situation and why Vince McMahon killed that storyline.