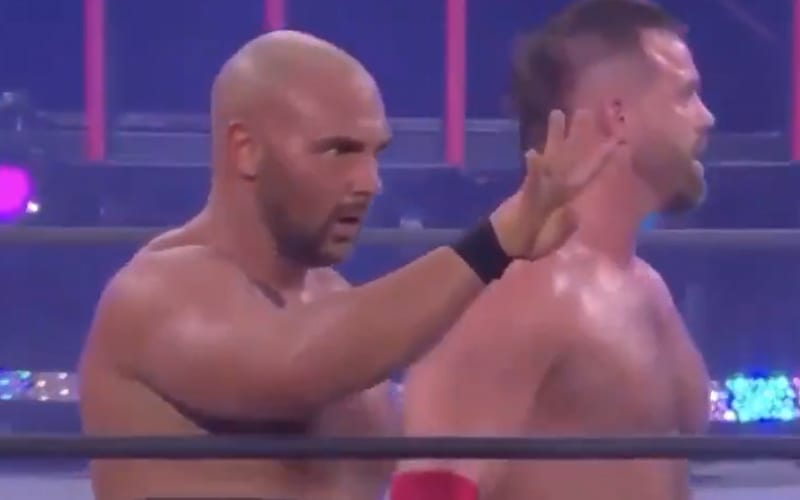 The 4 Horsemen might re-form in AEW, but with a new cast. Cody Rhodes, Shawn Spears, and FTR could make it work, but we’ll have to see if they decide to pull the trigger on the idea.

Arn Anderson and Tully Blanchard both work for AEW. Ric Flair also gave his nod of approval. We haven’t heard Ole’s opinion yet, but fans seem to have interest in carrying on the idea.

Dax Harwood tweeted out a simple video file that showed him giving a “4” hand sign during their match at Fight For The Fallen. It was a very quick moment, and the video was only 3 seconds. It still dropped a huge hint that this 4 Horsemen idea in AEW isn’t just internet rumor.

“IV” was the only comment that Dax needed to include. His point was certainly made clear.

Cody Rhodes previously stated that they might go ahead with the 4 Horsemen idea. It could very well be taking shape right in front of our eyes. What do you think about the idea of bringing back the 4 Horsemen? Sound off in the comments below!