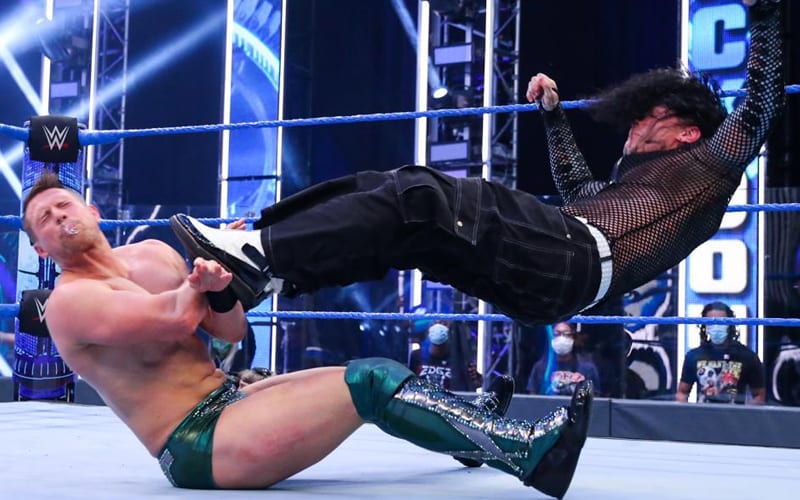 WWE records their television product in advance now that they are at the Performance Center. This gives them the luxury of editing out botches, but they left one in last week.

The Miz and Jeff Hardy wrestled in the main event of last week’s show. The Miz botched the finish and then Jeff Hardy tried his best to correct it, but he didn’t pull it off without it becoming very apparent that something went wrong.

The Wrestling Observer Newsletter noted that the move they botched was supposed to be a simple reversal roll-up pin. It’s unknown why WWE left it in.

The finish was supposed to be Miz doing a rolling reverse from there and Hardy reversing into the pin. Miz botched it completely and Hardy’s attempt to reverse the botch didn’t look smooth. Given thIs show was taped eight days earlier I have no idea why they didn’t tape it again.

Jeff Hardy’s current program with Sheamus revolves around The Charismatic Enigma’s history of drug and alcohol abuse. The angle isn’t the most comfortable thing to watch as even Shane Helms commented about how uneasy it makes him.

Hardy and Sheamus are slated to battle in a bar fight during the Horror Show at Extreme Rules. We’ll have to see how WWE continues that feud as they approach the go-home episode of Friday Night SmackDown before the event.