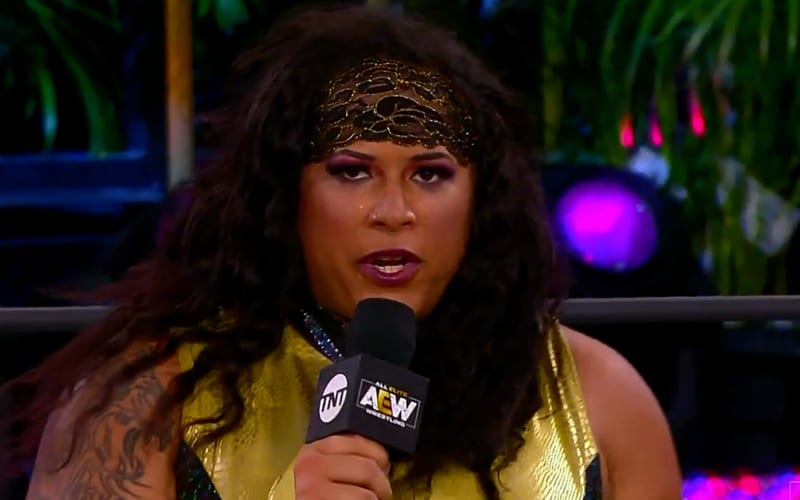 Karens are taking over America and Nyla Rose isn’t about that at all. She wanted to get ahead of a problem today after witnessing an apparent Karen encounter.

The world has turned into a very interesting and unpredictable place. You never know when someone will be triggered and feel the need to fight for some new purpose.

The former AEW Women’s World Champion tweeted out to inform American Airlines that they’re likely to get a call from an angry Karen. She didn’t specify what went on, but The Native Beast was claiming that it was not their staff’s fault.

Hey @AmericanAir, you’re probably gonna get a call from some Karen on flight 5162 Jax – DCA…. WHATEVER she says is probably a LIE… she’s being rude and difficult your staff has been nothing but friendly & professional the entire time

-a concerned and very petty customer

Rose provided a detailed account of what happened for her followers on Twitter. This also included “Karen” hitting her head when she got up to leave the flight after landing.

THIS BITCH MOVES AGAIN!!!! Lmao imma have to start checking a table….

Plane lands and FA says “we will be de boarding one row at a time starting at the front” I bet y’all can’t guess who the FIRST person standing was…. 7tows from the back mind you

She hit her head….

Nyla Rose wasn’t the only pro wrestler who had a recent Karen encounter. Randy Orton tweeted out the other day to inform fans that he spotted two of them before the afternoon was over one day.

American Airlines probably receives awful calls from Karens all over America. Hopefully, Nyla Rose’s tweet will help get some employees out of this situation.