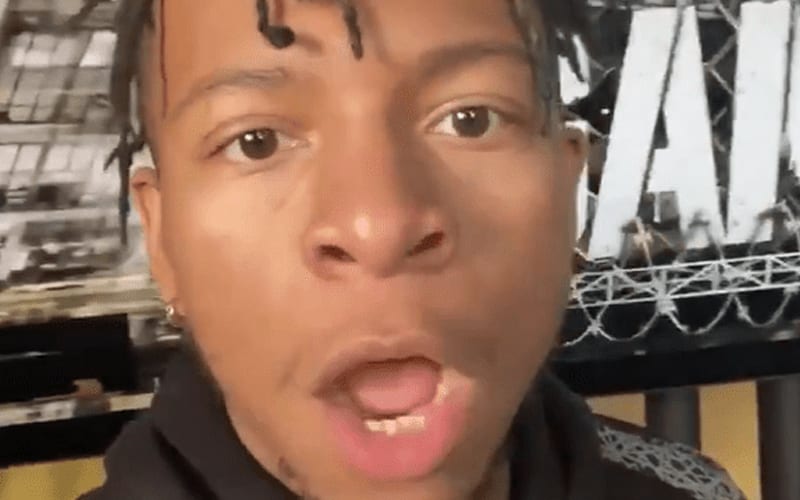 Lio Rush fired off a string of tweets on Friday afternoon for a couple of reasons. First off he wanted to call out Finn Balor and squash the beef that they had. Then he turned his attention to the rest of the pro wrestling world.

In a series of tweets Lio Rush declared “being black is not a gimmick.” He then proceeded to direct his attention at things in this business that need changed. He stated that women, championships, and other corporate interests can get a focus, but not the advancement of African Americans in pro wrestling.

Rush followed that up with a few more tweets to finalize his points. He pointed a finger at the fans for not doing better. He also said that they’re the ones “killing wrestling and making this sh*t whack.”

I’m sick of the bullshit and it pains me because i love this business so much. To the fans, do better. You’re the ones killing wrestling and making this sh*t whack.

STOP PAIRING UP BLACK PEOPLE BECUASE YOU DONT KNOW WHAT TO DO WITH THEM. STOP THAT SH*T!

Lio Rush might not win many fans over with those remarks, but the ones who understand where he is coming from will applaud him. We’ll have to see what Lio Rush does next because he seems pretty sick of pro wrestling right about now.

Rush’s WWE non-compete clause expired on his contract. He could show up wherever he likes now, if they’ll book him.