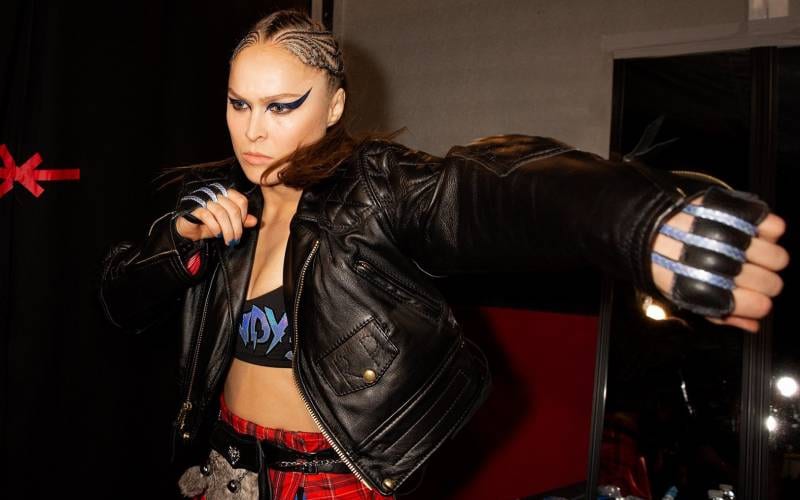 Ronda Rousey’s WWE exit was followed a hiatus that is still ongoing. She was a unique Superstar not only because of the star power she brought, but also her undeniable intensity. Stephanie McMahon could certainly see this even from the way Rousey warmed up before a match.

Cathy Kelley was on The Bump today where Stephanie McMahon tried really hard to bring her back to WWE. They brought attention to the all-female WrestleMania 35 main event match and how emotional Kelley got during their entrances.

While speaking to WWE The Bump (transcription by Ringside News) Stephanie McMahon described how Superstars warm up in the Gorilla Position backstage. She said most women like to stay off to the side, but Ronda Rousey had no issue making her presence known.

“To watch Ronda warm up is impressive. It’s funny because I’ve always seen the guys you know they do push-ups and they have armbands and they’re doing whatever they’re doing to stretch and warm up and they take up a lot of space. Some of them even jump up with both knees and the whole Gorilla Position — which is not a very sturdy structure — kind of shakes a little bit.”

“The women are usually off to the corner, or they’re doing their stretches or they don’t want to take up too much space — not Ronda. Ronda is like slamming her feet and doing everything that you see her do and she’s stretching and she’s pacing the whole way and you can’t help but feel that adrenaline and you’re like, ‘Yeah, go do it!”

Stephanie McMahon said that she felt that adrenaline watching Ronda Rousey warm up prior to her WrestleMania main event match. That was a special night for a lot of people and it was capped off by crowning Becky Two Belts.

We’ll have to see when Ronda Rousey makes a return to WWE. She could wait out the coronavirus at Browsey Acres. At this time there is no talk backstage about bringing her back for SummerSlam.