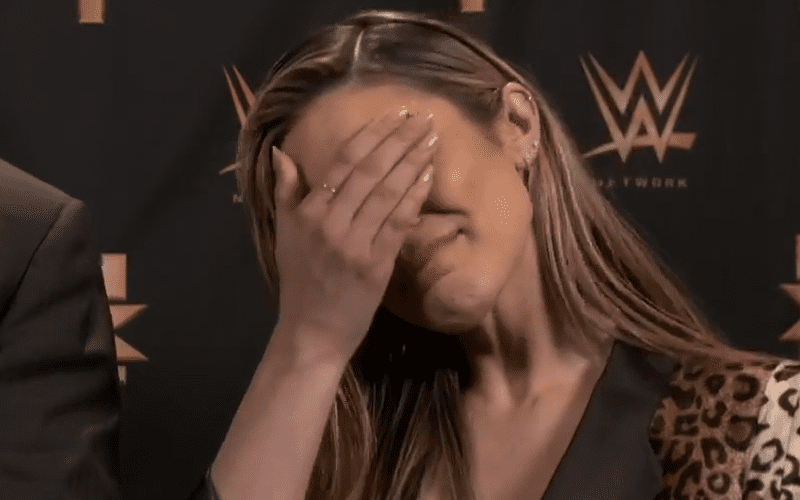 Cathy Kelley entered WWE in 2016 through Championship Wrestling From Hollywood. She had other experience in television prior to WWE, but she found her highest profile experience with Vince McMahon’s company.

Kelley announced that she is leaving WWE. NXT TakeOver: Portland was her final night with the company. After the event was over, she had one more assignment.

During the post-TakeOver interview with Triple H, he took time to say goodbye to Cathy Kelley. He put over everyone who puts their hearts and souls into NXT. He also told her that another this about NXT is that “you can never get away from us.”

Kelley got a bit emotional during this goodbye. It was a heartfelt moment as Triple H took the time to let Cathy Kelley know how much she is appreciated and that she will be missed.

Then the Undisputed Era came out and unofficially inducted Cathy Kelley into the faction. They changed their minds, but then gave her some doughnuts. Triple H handed her some flowers and said, “We are NXT” before giving her a hug.

You can check it out in the video below. It happens right at the end of the interview.