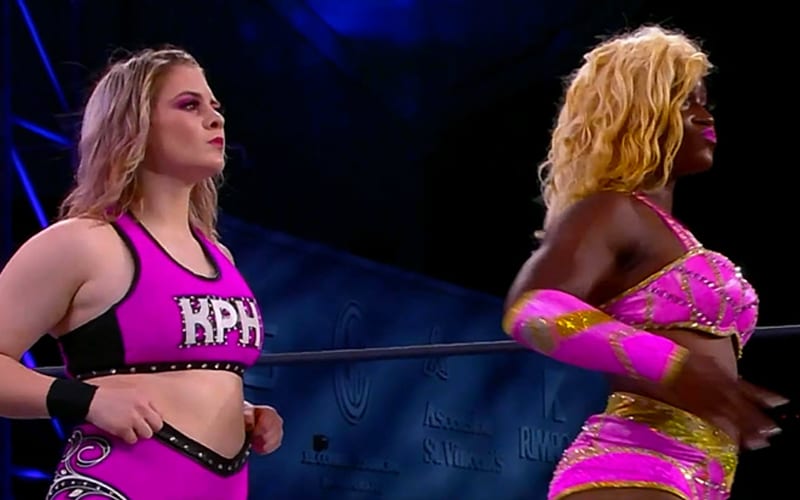 AEW featured a former NXT Superstar in the crowd a couple of weeks ago. This week a recently released Superstar competed on the show.

Click here for our compete coverage of AEW Fight For The Fallen.

MJ Jenkins was released from WWE NXT on April 15th along with so many others. NXT Superstars only had a 30-day non-compete clause on their contracts.

This week on AEW Fight For The Fallen, the Nightmare Sisters competed in an enhancement match. One of their opponents was recently released WWE NXT Superstar MJ Jenkins. She teamed with Kenzie Paige in a losing effort against Brandi Rhodes and Allie.

After a short match, Jenkins took the pinfall from Allie, but it was still a good sign to see her on AEW television.