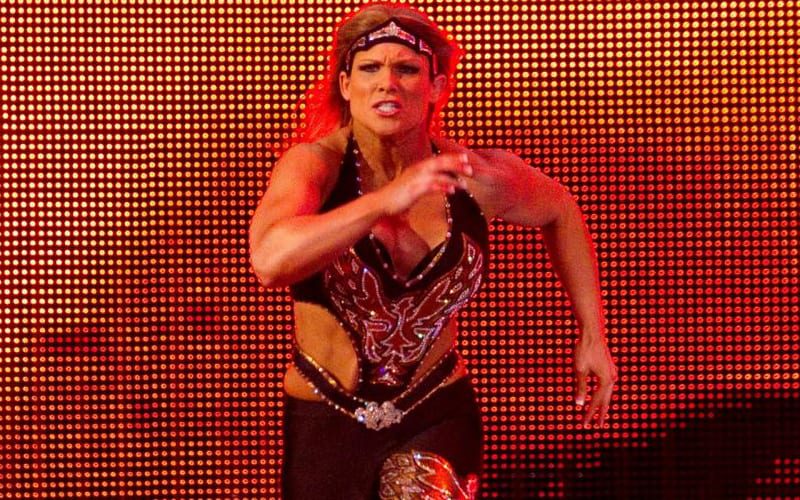 Beth Phoenix is a voice on WWE NXT, but she broke boundaries during her time in the ring.

While speaking with WWE The Bump, Beth Phoenix talked about her Royal Rumble experiences. She looked up to Chyna in a huge way which is why it was so special to compete in a men’s Royal Rumble match during her time as a full-time Superstar.

“Watching that clip kinda gets me choked up a bit. You know you could tell by my ring gear that I looked up to the 9th Wonder Of The World, I looked up to Chyna, right? She was the reason that I walked into a gym and started picking up weights it was because of Chyna.”

“That 10 year gap between when she was in the Royal Rumble and when I did it, to me the fact that I had the opportunity to fill that role and to walk in those steps that she did — I’ll tell you a funny story. When you see my music hit and I’m sprinting to the ring it was likely the fastest I’ve ever ran in my whole life and it was all over in a blink and you know I get to the back and Undertaker is there. He says: ‘Girl I think you broke a 100 meter sprint record with that run to the ring.'”

“It was just that I don’t think I’ve had that kind of emotional moment besides the birth of my children where I was just so overcome. It was just so wild.”

Edge later told Beth Phoenix that people should call her “Ms Royal Rumble.” That’s not a bad alternative nickname for The Glamazon.