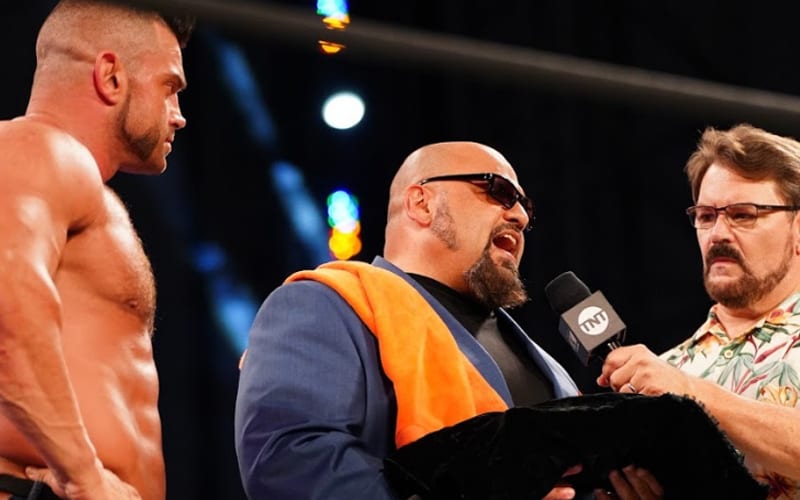 Taz brought the FTW Title to AEW and gave it to Brian Cage. Not The Machine will walk into Fight For The Fallen as a champion. The introduction of this old title brought nostalgia back in waves for some fans. Others didn’t appreciate the history as much.

Pro wrestling fans shared their opinions about the title all over the Internet Wrestling Community. While some fans loved seeing the throwback championship, others were more critical.

One fan stated that the FTW Title won’t work in AEW just as the Million Dollar Belt didn’t work on the Ringmaster or Ted DiBiase Jr. Taz didn’t want to hear that at all, so he decided to pick this fan’s opinion apart.

Problem with wrestling social media is people like you. Disrespectful know it all but you ain’t don’t sh*t in the industry…but yet you chirp on here but in person to anyone from AEW/WWE/ROH/TNA/MLW you wouldn’t say nothing in person. In a writers room, you would sh*t your pants

Taz then made it clear that he loves pro wrestling fans, and everyone is entitled to their opinion. The problem comes when someone goes about things in a disrespectful way.

Brian Cage’s FTW Title is not on the line at Fight For The Fallen. Odds are Jon Moxley wouldn’t mind holding that historic title, but Cage makes a fine champion alongside Taz. The big question is whether Brian Cage will walk out of Daily’s Place on Wednesday holding two titles.