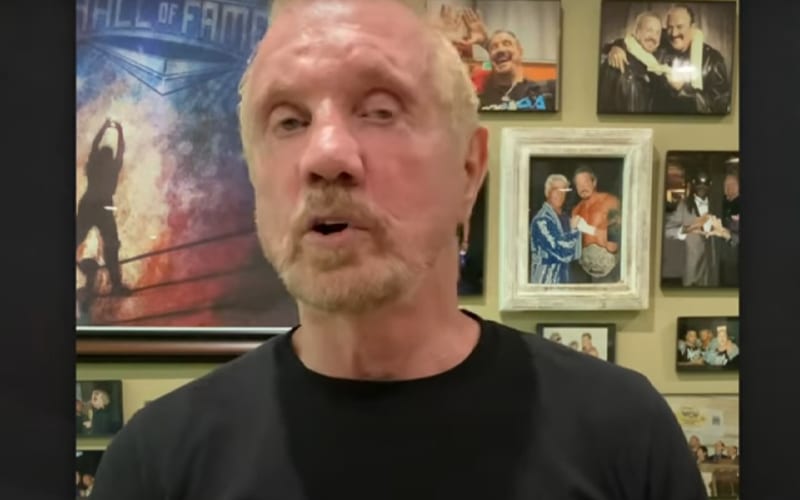 The COVID-19 pandemic is not slowing down. Masks are now up for political debate and people are getting comfortable. DDP explained that being comfortable could have led to him contracting the novel coronavirus.

DDP released a YouTube video explaining his experiences with COVID-19, and he believes he might have it. He was tested, but it came back negative. He said that Paige went to a bridal shower, and then seven of the women at the shower got ill.

DDP stated that he started to feel like they didn’t have COVID-19 after a few days. They were tested after having some trouble, but then a couple of days later it “it came down and knocked us on our ass.”

His voice got raspy, and going to sleep was next to impossible. DDP said it “felt like Big Show had a hold of my back, I mean it was so painful and this went on for days.” He dreaded going to bed because that is when he had the most pain in his back. Paige had a fever, but DDP said he never had that symptom.

He said “we don’t know what to believe, but what I’m telling you really happened.” He said that he spoke to QT Marshall who explained that he has COVID-19, but he had symptoms for only three days, but QT’s wife tested negative and she’s had “one symptom after another.” DDP said that QT is still positive for COVID-19 even though he feels fine.

When they finally got their tests back Paige was positive for COVID-19, but DDP was not. His doctor told him “that’s gotta be a mistake.”

DDP said you don’t know who’s carrying the virus and who’s not. He wants to get back to a regular life, but it’s not going to happen until everyone comes together as one.