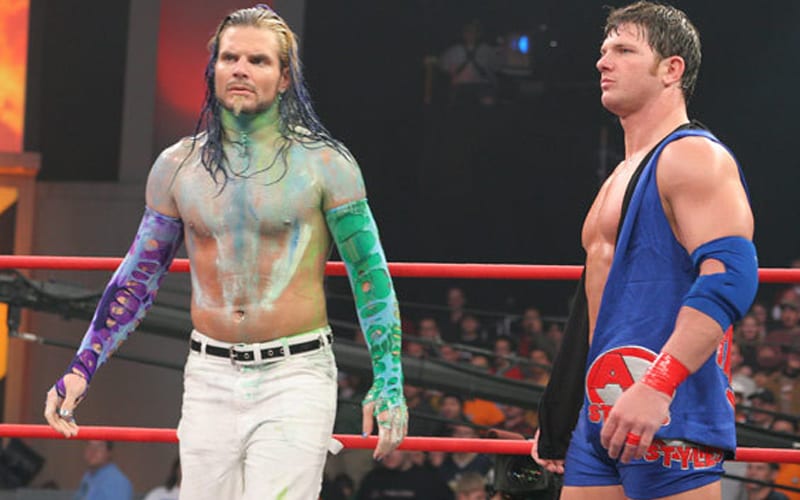 AJ Styles and Jeff Hardy battled many times throughout their careers. Their bond might not be evident, but Hardy certainly appreciates it.

While he spent some time on WWE The Bump, Jeff Hardy disclosed his special connection with AJ Styles. They wrestled in TNA, but Hardy didn’t speak those three letters on WWE television. Interestingly enough, Styles was also there waiting on Jeff Hardy in WWE as well.

“It would be a dream of mine – the first time I went to another wrestling world, I wrestled this young up and coming star named AJ Styles. My match with him was my first match back, and I remember being so nervous because he was so good. We’re both the same age, but we’re the complete opposites.”

Jeff Hardy and AJ Styles had two very different paths through the pro wrestling world. but they each racked up their own impressive list of accomplishments along the way.

Perhaps the two will meet again someday in a WWE ring. This seems like something Jeff Hardy is more than willing to see happen.