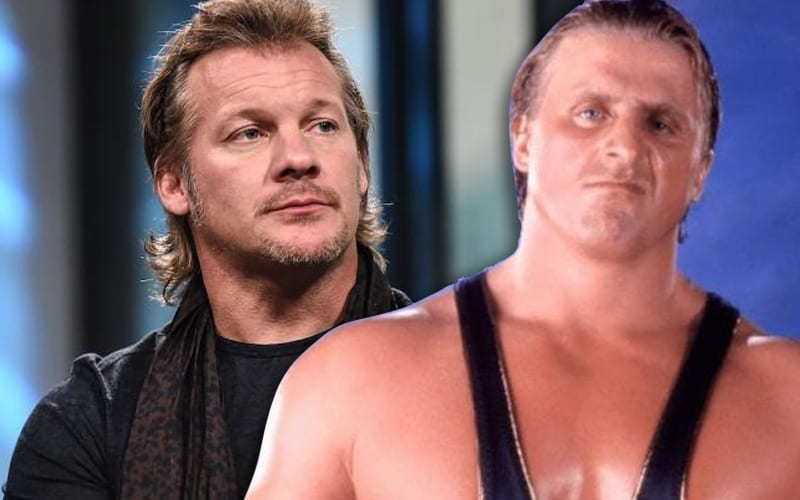 Owen Hart died far too soon after an accident during a WWE pay-per-view that could have been avoided. His passing meant that so many dream matches could never happen including one against Chris Jericho.

During his Saturday Night Special, Chris Jericho opened up about his start in pro wrestling. He looked up to the Hart Family as their Stadium Stampede promotion was what he saw in Canada. Owen Hart was also a huge influence on him.

“When I first saw Stampede Wrestling, I know where Calgary is, I know I can get there. And that’s where I want to train. That was why Owen Hart was such a big influence on me because I knew where he lived.”

Chris Jericho followed his own path in pro wrestling and eventually saw himself in a company competing with the Harts. He was in WCW, but eventually made the jump to WWE. The chance of wrestling Owen Hart wasn’t the only reason why Chris Jericho decided to join WWE, but it certainly played into his decision making process.

“When I started getting interested in going to the Hart Brothers pro wrestling camp, he was the guy that was kind of hot at the time. If I could just be like Owen Hart, wrestle Owen Hart, become Tag Team Partners with Owen Hart, that would be so cool. And I drew pictures of him, which you can see in the Dark Side of the Ring episode about him. But he was just the guy that really intrigued me. And I really wanted to work with him. And if you asked me when I left WCW to go to WWE, what my top 10 reasons were for leaving, probably number 10 or 9, not the main reason but one of the reasons was that I hopefully get a chance to wrestle Owen Hart and that never happened. “

We’ll never know what kind of great matches Chris Jericho and Owen Hart could have had in the ring. Hart sadly passed away before that could happen.

Owen’s legacy still lives on to this day though people like Chris Jericho who are now passing down everything they learned to others. The recent Dark Side Of The Ring episode dedicated to him also brought a new focus on his incredible life.