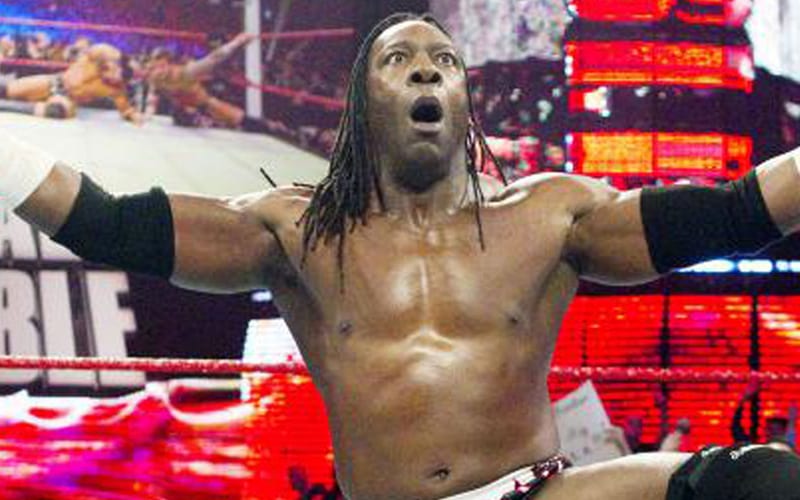 Booker T and Drew McIntyre defeated Christian and Mark Henry at a SmackDown house show in 2012. That was Booker T’s final WWE match to date, but he would love to wrestle again.

That Braehead Arena house show in Glasgow, Scotland on April 21st, 2012 was a long time ago. Booker T has wrestled a few times since then. During a recent interview with After The Bell, Booker T expressed his willingness to return if WWE need him.

The 55-year-old two-time WWE Hall Of Famer doesn’t have WWE Backstage anymore. He could use something extra to occupy his time and preparing for an in-ring return might be exactly what he needs right now.

WWE nixed the idea of having The Revival take on Harlem Heat despite the Top Guys building the feud and handing it to WWE on a silver platter. We’ll have to see what’s next, but unless Booker T goes to AEW he’s not getting a match with the Top Guys.