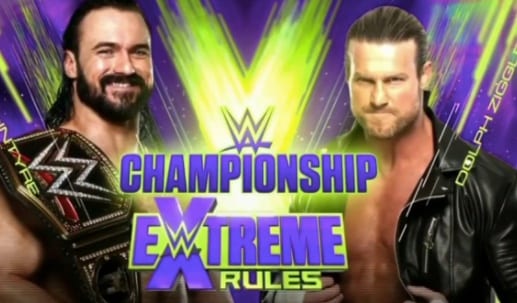 As seen on Sky Bet, the betting odds for Drew McIntyre vs Dolph Ziggler at WWE Extreme Rules have been released.

The two former partners are set to square off with the WWE Championship being on the line, as McIntyre attempts to further solidify the legitimacy of his blossoming reign with the title.

Ziggler, on the other hand, will attempt to finally win the big one – escaping the feeling of mediocrity that his character has had for many years now in the eyes of the WWE Universe.

In terms of the odds, it seems pretty clear that there isn’t much hope for Ziggler as he is a distant 8/1 underdog. On the flip side, McIntyre is the overwhelming 1/20 favorite to secure the victory and retain the belt.

While the story may not be everyone’s cup of tea, they’re certainly doing a great job of building Ziggler up as someone who has a real history with Drew on the main roster.

If anything, from that, we should expect an entertaining match between them at Extreme Rules.