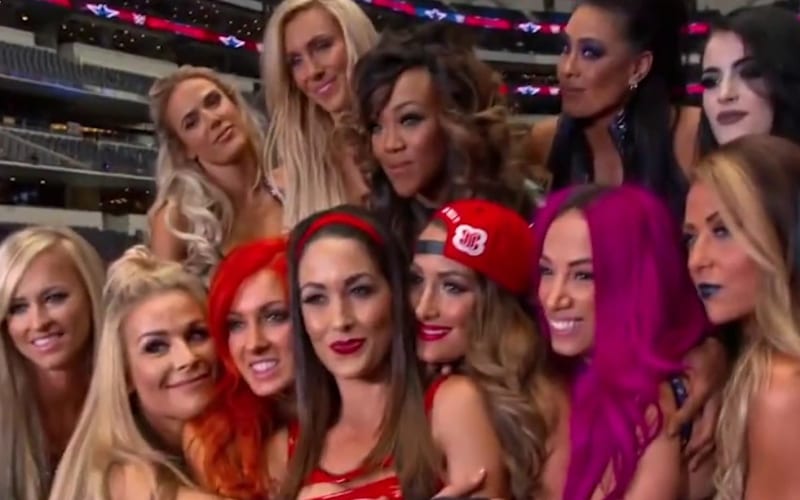 WWE’s focus on their women’s division started with #GiveDivasAChance and soon resulted in a Women’s Evolution. The company will pay special attention to that aspect of their history this week.

It was officially announced today that WWE will hold Women’s Evolution Week across their social media platforms and digital content this week. They brought special attention to the fact that on July 13th, 2015 Charlotte Flair, Becky Lynch, and Sasha Banks all arrived on RAW. Bayley took a bit longer to receive her main roster call-up.

This week they will “celebrate the Women’s Evolution Week” by taking “exciting looks” at “landmark Women’s division moments in WWE.”

Check back with WWE’s digital platforms each day this week for exciting looks back at landmark Women’s division moments in WWE, the trailblazing Superstars who paved the way and what lies ahead for the intrepid female competitors of the future.

WWE is planning an event on August 30th, but Ringside News exclusively reported that at this time it is not an all-female exclusive event. Evolution II might have to wait, but the company is celebrating the history of their women’s division in their own way this week.