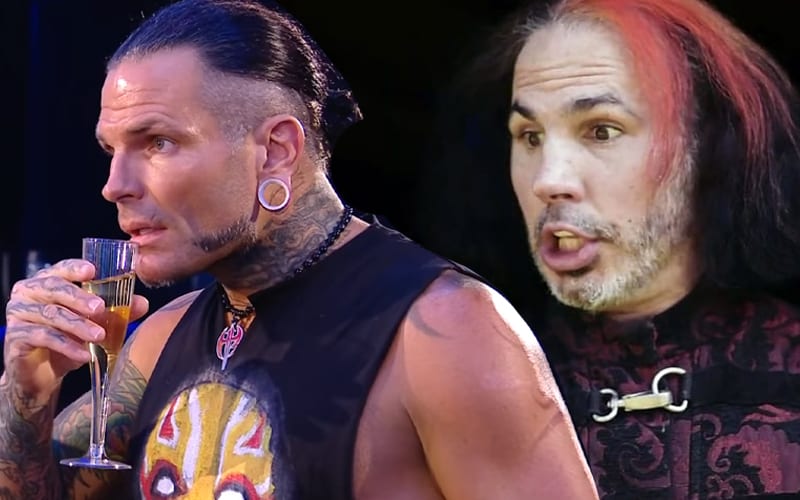 Jeff Hardy returned from an injury hiatus that was lengthened because of a DUI and a stay in rehab. Now he is back in WWE, but preparing for a bar fight.

One fan tweeted out: “Jeff Hardy is being presented as a junkie with no reason to celebrate his time with us. What if he relapsed?” This is a common concern for a lot of people, especially considering the current storyline that he is in.

Matt Hardy tweeted out in reply to this concern for his younger brother. He is very happy to be in AEW, but he echoes the same worries about his brother.

I’m very happy with how AEW has let me brand my persona. Allowing me to help younger talent on & off screen, while also respectfully celebrating my legacy & contributions to the industry. I have those same concerns about the unneeded pressure on my brother.

Jeff Hardy says that he is sober and staying strong. Hopefully, this can continue as he remains clean following a bit of a rough patch in his life.

His current storyline with Sheamus might hit a little close to home, but it seems like he developed tools to help keep him on the wagon.