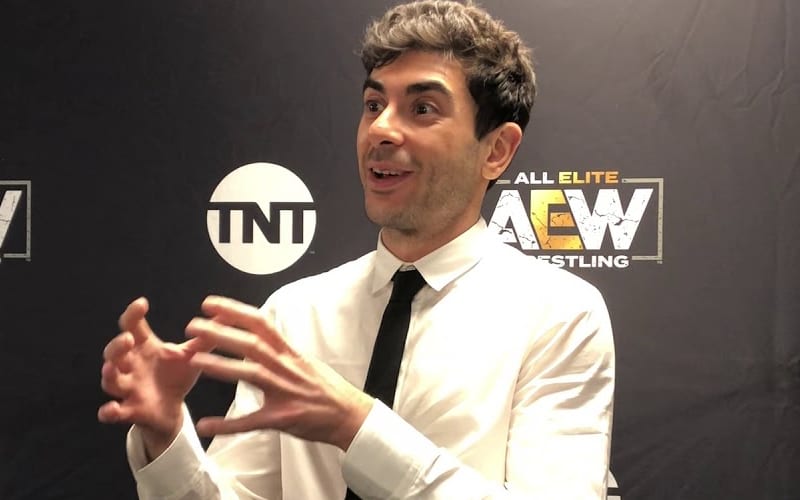 Brian Pillman Jr is under MLW contract, but that deal has a loophole which allows him to work for AEW. He was honored to have that opportunity.

While speaking to Ryback on Conversations With The Big Guy, Brian Pillman Jr spoke about his time in AEW. He said the high-level locker room is a place where he learned a lot.

Tony Khan is also very available for his roster of talent. He will also hang out after the show and pick their brains. Tony Khan is a student of pro wrestling, but he is also somewhat of a scientist himself.

“I definitely learned a lot about being in a high level locker room like that. It was two days of work. When you show up for work, you show up for work. You have one day and then you have the next day you’re tired or you have a new opportunity to work on. Those were very good opportunities that were thrown on my way to be on the Dark end of the show, which in my opinion, is just as much, when you’re looking at the show, is more than half the matches on the card. That definitely makes up the bulk of the production and it is very valuable. So, I was very honored.”

“I definitely didn’t expect to be thrown on the live TV right away. I was very honored to be put on Dark. I stayed very positive. I didn’t get ahead of myself when I was talking and expressing myself to people. Other than that, what I got done in the ring on those two nights was definitely the right impression. I think Tony is a guy that really cares about his talent. He is always checking up on everybody from the top of the card down to the bottom. He is hanging out with the boys after the show to pick people’s brains, but he is also a wealth of knowledge. He is a student of the game.”

Brian Pillman Jr could have even more AEW activity in store for him in the future. He certainty seems open to the idea.

Do you think Brian Pillman Jr will eventually end up in AEW full time? Sound off in the comments below.