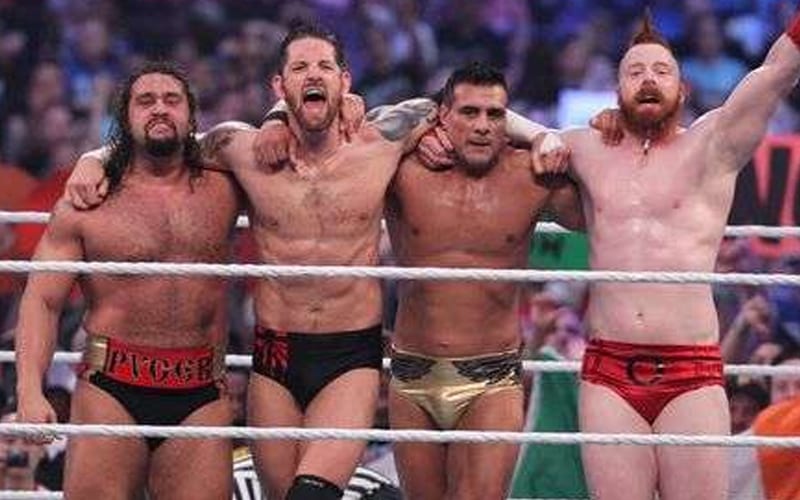 WWE will sometimes plan out an idea, but Vince McMahon likes calling things in the moment as well.

Sheamus has been a part of many angles in WWE. Some of them were more successful than others. His most recent feud found him getting a cup of “urine” thrown in his face. Fox did not love that.

While talking to Miro on his YouTube channel, Sheamus revealed something very interesting about the League Of Nations faction. Jamie Noble came up with the idea, but it was totally on the fly and there were no plans behind it. That could be why it seemed to fall apart so quickly.

So, what happened was I had just beaten Roman [Reigns]. I cashed in the Money in the Bank. This was on a Sunday at Survivor Series. I didn’t even know I was going to cash in until that night. And then the next night on Raw, the day on Raw, they told us they had put this group together, the League of Nations. By the way, This whole came from Jamie Noble. I remember Jamie Noble telling me, ‘I got this idea! Hilarious!’ I was thinking, ‘OK. How’s this going to work? What’s the idea?’ There was no idea behind it. There was no plan behind it, and then on Raw, they just put the four of us together.

Rusev, Alberto Del Rio, Wade Barrett, and Sheamus made up the League Of Nations. It would have been a good idea if WWE made some plans. Jamie Noble had a good idea, but it could have used a bit more thought.