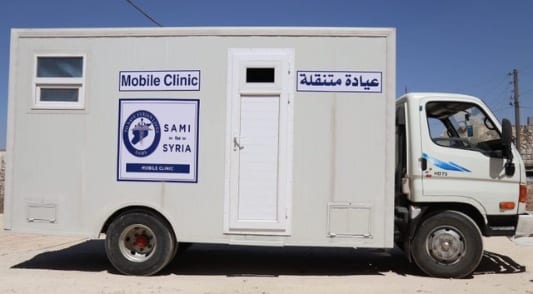 WWE superstar Sami Zayn has been making his feelings known regarding the crisis in Syria for years now, to the point where he decided to launch the Sami For Syria campaign.

The aim of the operation was to provide life-saving medical care for displaced citizens in northwest Syria through a mobile clinic, and on Christmas Day 2019, Zayn confirmed that they had reached their financial goal for the latest mobile clinic to be deployed to the area.

Now, he has confirmed that the latest clinic is officially on the ground.

The crisis in Syria is widely considered to be one of the worst of our times, with Syrians facing the constant threat of physical & financial harm and potentially even death.

This movement from Sami not only reaffirms the fact that he’s one of the most caring superstars on the WWE roster, but also showcases what is possible when the men and women of WWE use their platform in a positive way.

If you wish to donate to the cause, click here.