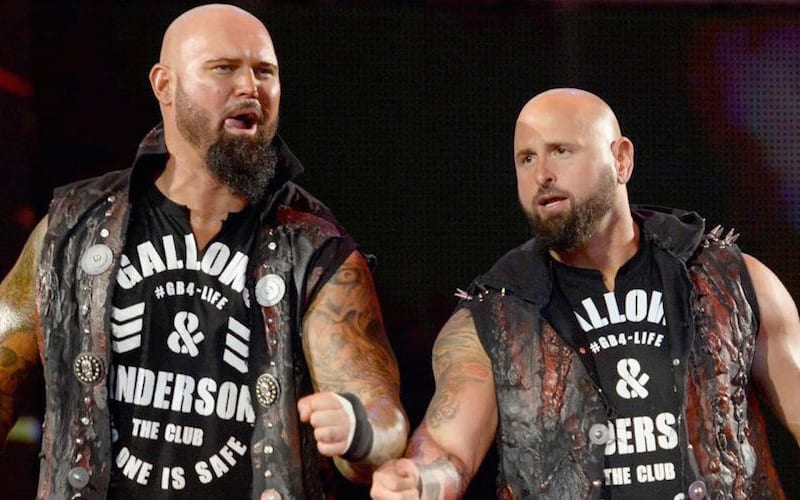 The Good Brothers are making big plans. They are still under WWE non-compete clauses until July 18th, but they got some work done today.

It was reported that this event will include matches and some “outrageous skits.” One match has a “Boner Match” stipulation to play off the Boneyard Match. That WrestleMania cinematic match also marked the final WWE appearances for Gallows and Anderson prior to their releases.

“Talk ‘N Shop A Mania” will air on FITE on Saturday, August 1st.