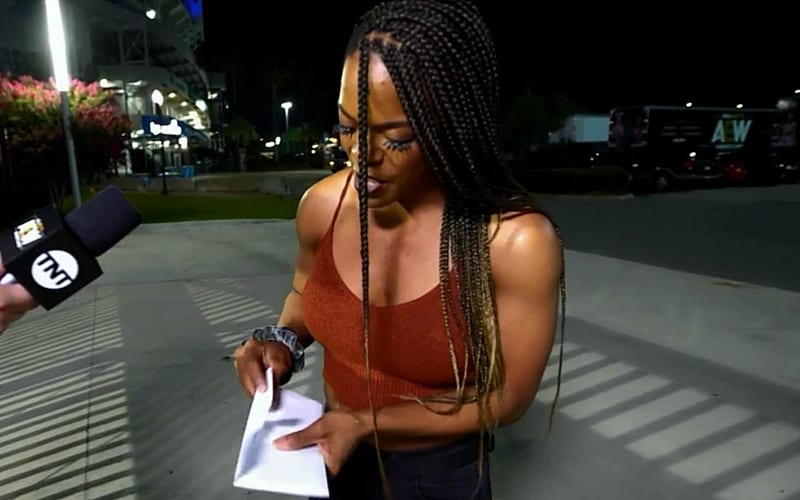 Big Swole and Britt Baker have an interesting rivalry right now. Baker is unable to compete due to an injury, but they’re keeping the feud going. This resulted in Big Swole’s suspension.

Big Swole has taken Britt Baker and put her in a dumpster in recent weeks. Her feud with Baker continued and apparently, it eventually qualified as “kidnapping.” When Big Swole showed up to Daily’s Place for the second night of Fyter Fest, Alex Marvez was waiting for her and an AEW official handed Swole her suspension.

Swole was understandably upset. She wondered why they couldn’t have called her or faxed the suspension. “You ever heard of snail mail?” she asked as she left. Swole wasn’t happy about making the three-hour drive to Jacksonville for nothing.

Big Swole was still able to get back into the building later on and continue her trend of tormenting Baker.

Tony Schiavone clarified on commentary that Big Swole was suspended for that night. Britt Baker apparently petitioned AEW management to suspend her and it was granted. It’s very likely that she’ll be back on AEW very soon. She probably won’t be very happy with Britt Baker though.