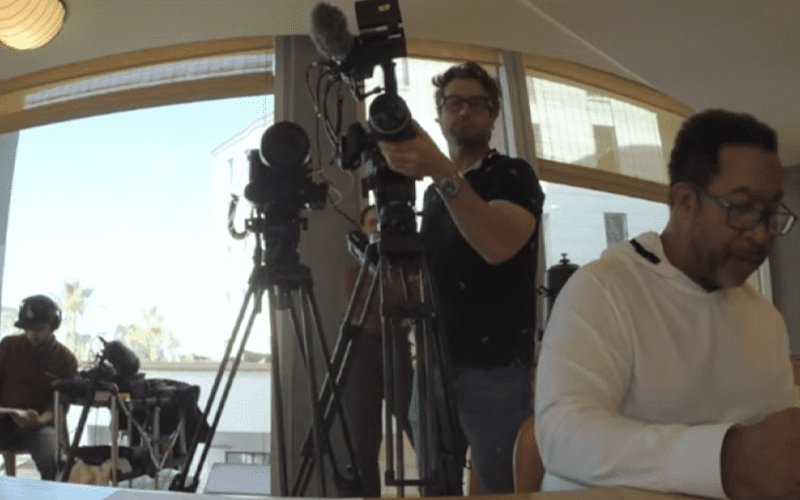 Pro wrestling is starting to get a new spotlight. With GLOW’s critical reception and films like The Wrestler coupled with the success of mainstream pro wrestling documentaries there is a new market waiting to be capitalized on.

Shad Gaspard might not be taking bumps as often as he once did. He remembers every moment of his time in the ring. He is involved as the creator and writer of a new show called Pinfall and now we have a much better idea of what this show is about.

Had an amazing table read with an awesome cast, this show is going to shock the hell out of people. Here is a scene from the read of my TV drama, PinFall set in the backstage world & personal lives of professional wrestlers.

A 17 minute long video of a table read for this upcoming show was “leaked” online. You can watch it below.

Pinfall appears to be a pretty emotional journey through pro wrestling. It is also interesting to watch this video to see how table reads operate in case anyone has interest in the entertainment business.