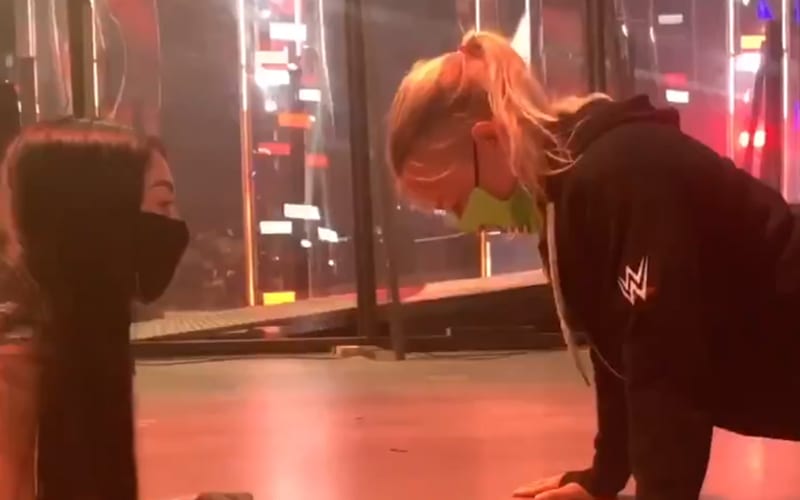 WWE had their developmental students in the crowd for RAW once again this week. It can get pretty boring while waiting for the show to start. Thankfully, they were able to figure out ways to occupy themselves.

Emily Andzulis posted a video of herself prior to the RAW tapings. She was busting out push ups while her colleagues cheered her on.

“Must be Monday,” was the comment she went with for the video. Of course, RAW was filmed on Friday last week. There might have been some freezing in the production because Vince McMahon was having an issue approving scripts.

As you can see from the video, Emily had plenty of support to root her on as she reached 100 push ups. It was also evident that everyone was wearing a mask as they have been instructed to as well.

You can check out the video below and see how the NXT Superstars keep themselves busy during the tapings.