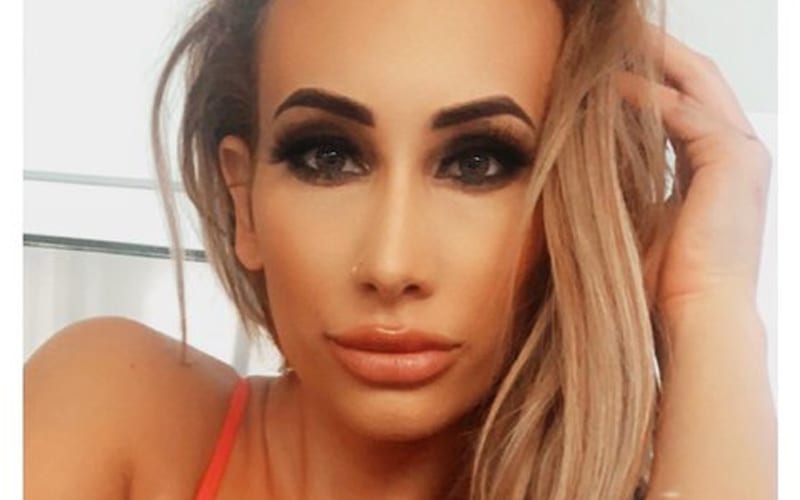 Carmella hasn’t been on WWE television in a while, but it’s likely that she would love to change that. She just dropped a new photo to social media to make sure fans know she’s still around.

The former SmackDown Women’s Champion released an underwear selfie. She also had a very interesting caption to include with a message for everyone’s favorite K-9.

Tell your dog I said hi.

We’ll have to see when Carmella shows up next. She seems ready to step in front of the camera at a moment’s notice.

How would you book Carmella’s return to Friday Night SmackDown? Sound off in the comments below!